‘If someone has no clothes on, don’t listen to them on nutrition’ 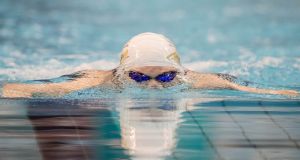 Avoid taking sports nutrition advice from people wearing no clothes on social media was the message for young female athletes at the WePlay conference on Wednesday.

Speakers discussed how girls interact with social media, nutrition and sport at the event organised by Swim Ireland in the National Sports Campus.

Sport Ireland Institute nutritionist Sharon Madigan said most problems she treats can be traced to fads including low-carb or unnecessary gluten-free diets. She said: “I hate the phrase ‘clean eating’, cocaine is natural and it’s gluten-free but no-one would say you should take that. If someone has no clothes on, don’t listen to them on nutrition.”

Sarah Keane, head of Swim Ireland and the Olympic Federation of Ireland said tailored nutritional education is a key issue for girls. She said: “The national governing bodies do that to a significant amount with the High Performance athletes. There are a lot of fads around food, and in sport I think we need to look at it for the wider groups.”

Eve McCrystal, Paralympic cycling champion urged the girls to think first online: “The athletes that you follow, choose them wisely and learn from them. Don’t think you have to be a certain way, do the best that you can do every single day.”

Badminton star Chloe Magee, bronze medallist at the European Games said there is a difference between being thin and having a sports-appropriate body. She said: “We lift weights, I have quite big legs but it’s not a problem, it’s important that you’re good at your sport.”

How often young athletes check their notifications is also crucial according to football coach Lisa Fallon. Fallon, formerly with Cork City, said research shows it takes 11 minutes to regain focus after checking one message. She urged the girls to put phones on flight mode during training and homework.

Keynote speaker and rugby player Sene Naoupu said sport should be about community, being coachable, collaboration and cooperation.