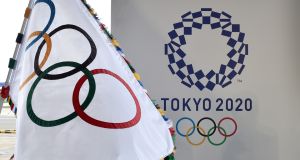 Citius, Altius, Fortius . . . Irish athletes now know exactly what is required to qualify for next year’s Tokyo Olympics, and across most events the standards have been made faster, higher and stronger.

However Tokyo will also present a new dual qualification process whereby athletes may gain selection by virtue of achieving a qualifying standard or their world ranking position, which the IAAF, the governing body of world athletics, introduced earlier this month.

This was agreed at the IAAF Council meeting in Doha, Qatar – the venue for the Athletics World Championships later this year – and has already divided opinion. In many events standards are considerably stronger than Rio 2016, or indeed at any point in Olympic history, although the world ranking position may in some events actually ease the qualification.

Either way, the race is already on. The IAAF have also extended the qualification window by two months for most events, and will start on May 1st 2019 (instead of July 1st 2019), to include more international competitions such as the IAAF Diamond League, and end on June 29th, 2020.

The Tokyo Olympics then open on July 24th, 2020, with the athletics events taking place over the last 10 days, from July 31st to August 9th.

It is envisaged, on paper at least, that athletes will now have more opportunities to achieve the Olympic entry standards under the new system.

“After extensive consultation with key stakeholders, the Council has decided to introduce a dual qualification system, combining both the entry standards and the new World Ranking System, to determine which athletes are eligible for Olympic selection in 2020,” the IAAF said in a statement

The process is designed to achieve about 50 per cent of the target numbers for each event through entry standards and the remaining 50 per cent through the IAAF world ranking system. Each country will still be limited to a maximum of three athletes per event: the total athlete quota for Tokyo is 1,900, across the 48 events, ranging from 32 for each field event (men and women), 56 for each sprint event, and up to 80 for the men’s and women’s marathon

A total of 17 Irish athletes, eight men and nine women, achieved the necessary standards for Rio 2016, including three each in the men’s and women’s marathon. Thomas Barr was the only men’s track finalist, finishing a close fourth over the 400m hurdles, while Sara Treacy also qualified for the women’s 3,000m steeplechase final by virtue of an appeal

Unquestionably harder than Rio will be qualification for the Tokyo Olympic marathon, the men’s standard now set at 2:11:30, while the women’s mark is 2:29:30. The fastest marathons run by Irish athletes in 2018 were the 2:14:55 by Mick Clohisey and the 2:35:05 by Lizzie Lee, which means the world ranking route may well prove the easier route to Tokyo, if indeed there is such a thing

The race is also on for Irish athletes to qualify for Doha, which will host the World Championships from September 27th to October 6th this year.

The IAAF has also confirmed there is no change in status of the Russian Athletics Federation (RusAF), who remained banned for widespread doping exposed in the McLaren report.

The Taskforce chairman Rune Andersen also took note of the allegation from German television network ARD that some coaches from the old regime are involved again with coaching national team athletes, which “runs counter to assurances the Taskforce has previously received from RusAF that it is disassociating itself from the old regime” and the “Taskforce will be asking RusAF for urgent clarification”

It was also agreed the IAAF Diamond League would from 2020 onwards feature and agreed 24 disciplines (12 male/12 female) as the core disciplines at all 12 meetings, with the longest distance being 3,000m (a reduction from the 32 disciplines there are now).

Expect a shake-up in the Ireland frontrow; Sonia O’Sullivan on the difference between running fast and racing 07:23
Joey Carbery set for Munster return against Cardiff on Friday 07:00
With 19 wins in a row, Man City’s aura has been restored 07:01
Japanese fans told not to cheer during Olympic torch relay 06:51
‘I just feel very sad at the moment’ – Gemma O'Connor reflects on 19 years with Cork 06:31