Andy Murray ‘will put his heart and soul’ into a return 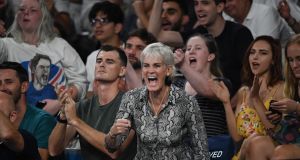 Andy Murray will put his “heart and soul” into trying to return to professional tennis, according to his mother Judy.

The 31-year-old underwent hip surfacing surgery at the end of January in a final throw of the dice to try to overcome the problem that first became a serious issue in the summer of 2017.

The operation was performed primarily to improve his quality of life, with Murray revealing that he struggled simply to put on his socks and shoes, but also offered a potential route back to the sport.

Speaking to Sky Sports, Judy said: “He is doing pretty well. It is not that long since he had the operation and time will tell.

“Nobody knows how he is going to recover in the longer term. He is in a good place mentally and we just keep our fingers crossed.

“But I tell you, if anybody can do it he can because he will put his heart and soul into it like he does with everything.”

Murray had previously announced at a highly emotional press conference ahead of the Australian Open in January that he planned to retire after Wimbledon this summer but was more hopeful following a remarkable five-set defeat by Roberto Bautista Agut in the first round.

No player has come back from the same operation to play singles but American Bob Bryan recently returned in doubles and won an ATP Tour title in Delray Beach last month with his brother Mike.

Bryan said in Australia that he no longer felt any pain and backed Murray to follow him by making a comeback.