Extent of river fragmentation in Europe ‘much higher’ than expected, study finds

Angling Notes: Salmon season gets under way at select fisheries 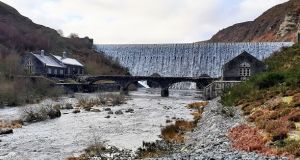 Research stemming from Amber, a large collaborative Horizon 2020 project co-ordinated by Swansea University, has found that Europe’s rivers have at least 1.2 million instream barriers. The results published recently in the Nature journal show that Europe has probably some of the most fragmented rivers in the world.

The study detected thousands of large dams, but also a myriad of low-head structures such as weirs, culverts, fords, sluices and ramps which had been overlooked and are the main culprits of fragmentation.

Using barrier modelling and the process of establishing extensive field ground truth, the study estimated there are least 0.74 barriers per km of stream, and produced the first comprehensive pan-European barrier inventory, the Amber Barrier Atlas.

“The extent of river fragmentation in Europe is much higher than anyone had anticipated,” says Barbara Belletti, a river geomorphologist who led the study at Politecnico di Milano and is now at CNRS, the French National Centre for Scientific Research.

“Many barriers are obsolete and removing them provides unprecedented opportunities for restoration,” according to Carlos de Garcia de Leaniz, Amber’s co-ordinator, “our results feed directly into the new EU biodiversity strategy and will help to reconnect at least 25,000km of Europe’s rivers by 2030”.

“Inland Fisheries Ireland has surveyed 19,200 in-stream structures and identified 2,500 barriers to fish passage in Irish catchments. Free-flowing rivers are healthy rivers and barrier removal is a simple tool to restore fish species, increasing their resilience in these times of change,” says Dr Cathal Gallagher, IFI’s head of research and development.

As a new salmon season dawns on Friday, January 1st, anglers will be looking forward to getting out and chasing the first salmon of 2021. It is a time to remind anglers to adhere to public health advice when planning fishing trips, ie maintain social distancing, wash hands frequently, wear a mask when around other people and not to share vehicles with people from other households.

The current guidance is that intercounty travel is permissible until January 6th, after which people may not leave their own county for non-essential travel. Fishing is non-essential and does not qualify.

Anglers are reminded that a lot of kelts are present in rivers at this time – thin and coloured salmon – and if caught, must be handled carefully and returned immediately to the water.

Catch and release is recommended and those who practise this method are to be commended, however, due to coronavirus restrictions, no prize will be offered this year for the first salmon caught and released.

The season gets under way this Friday on a limited number of river and lake fisheries. Lough Gill (Sligo), Carrowmore Lake (Mayo) and the Drowes river (Donegal/Leitrim) continue their early season start and, for the eighth successive year, the Lower Liffey prevails on a catch-and-release basis.