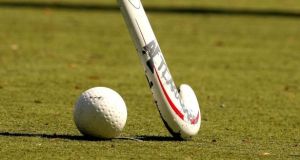 Back to domestic affairs after a torrid Irish tour to Malaysia for the Sultan Azlan Shah Cup. Ireland learned a harsh lesson in the tournament, one many thought they had learned a long time ago.

Travelling with a light team against some of the top sides in the world means getting trashed and Ireland were largely trashed, although beat India 3-2 and then lost to them 4-1 in the final playoff match.

Six matches and 23 goals against with one win in a World Cup year means there’s a lot of patching up to be done. The positive side is that the World Cup starts at the end of November, giving eight months to find a fix.

On Saturday, no one at the beginning of the season could have seen this Leinster Cup final coming. Three Rock Rovers qualified for the final on Tuesday evening with a 3-1 win over Monkstown and now face non-Irish Hockey League side Corinthians.

For cup finals it is not a bad duo, a David and Goliath setting especially with Rovers playing on their home pitch against their closest neighbours.

In that light, Rovers are bidding for a fourth trophy of the season already having already won the Neville Cup, the National Indoor Trophy and the EuroHockey Indoor Club Challenge II in Georgia in February.

Rover’s double weekend means they face Cork C of I in Cork on Sunday in the Irish Senior Cup quarter-final with Glenanne in action against Monkstown and Lisnagarvey facing YMCA in Hillsborough.