Availability of international standard pitch could depend on the weather 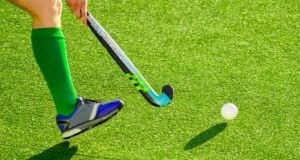 The sand-based surface laid in Abbotstown does not fulfil the specifications to host international hockey matches, while UCD’s pitch lost its international spec some time ago

Last summer it seemed scarcely believable that a women’s team playing in the World Cup final would be wondering this week where they will host a summer tournament which involves the first step along the complex path towards qualifying for the Tokyo Olympic Games in 2020.

Having captured the public imagination over two weeks last August, Irish hockey could be short of an international standard pitch for a series of men’s matches against the USA and the women’s FIH Series finals in Dublin.

Dublin was given the FIH tournament, where Ireland will play Malaysia, Czech Republic and Singapore in Pool A, because of winning the silver medal in London. It could now all depend on the weather if new pitches at UCD’s Belfield and the National Sports Centre in Abbotstown can be completed on time.

The Irish women host the FIH Series finals on June 8th, while the men’s team have May 24th and May 25th scheduled to meet the USA in two competitive matches prior to their FIH Series finals in Le Touqet, France, the following month.

Both the Dublin and France events are part of the Tokyo Olympic Games qualifying process. A top-two finish in Le Touqet and Dublin will secure both Irish teams a place at the Olympic qualifiers in the autumn.

Yet with UCD’s pitch unfit for play and work scheduled to start soon, and the sand-based pitch at the National Sports Centre unsuitable for international hockey, a mini-crisis is in the brewing.

The sand-based surface laid in Abbotstown does not fulfil the specifications to host international matches, while UCD’s pitch lost its international spec some time ago. There are plans afoot to replace both pitches but again time may not be on their side.

With greater interest in both teams, the men for qualifying for the Rio Olympic Games for the first time in 2016 and the women for making it to last year’s World Cup final in London, there was the view that a pitch would be the least of the problems.

But with television interest in the Dublin event, the need for camera towers and appropriate seating, completion dates for UCD, which has been the National Hockey Stadium in past years, and Abbotstown are now far from certain.

“Sport Ireland is progressing with the upgrade of the existing sand-based hockey training surface on the Sport Ireland National Sports Campus to a Polytan Polygras Toyko GT surface,” said Sport Ireland in a statement.

“As part of the design development of the project the option of achieving a competition-standard facility is being explored, with a completion in May 2019, subject to weather etc.”

There are similar noises coming from UCD, which is based in the heartland of hockey in south Dublin. According to reports, UCD hockey has been asked to be off the pitch this week so work can begin. But again if the weather turns foul that will also be delayed.