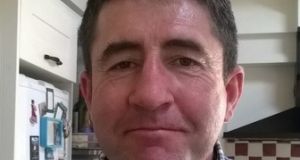 Irish cycling is mourning the passing of former national cyclo cross champion Raphael Kimmage, who died suddenly on Saturday at Beaumont Hospital. The Dubliner was a member of the famous Kimmage family. He was one of Ireland’s best cyclocross riders – a circuit he dominated for the best part of the 1970s – a Rás Tailteann stage winner and a rider who also placed fourth overall in the latter event.

He was a very talented youth rider and as a junior competing for Aer Lingus he won the national road race league, beating Gary Thomson (Eagle CC) to that title, in 1979.

He competed internationally in many big events as a member of the famous French amateur team ACBB including the world championships, but opted to return home rather than chasing a professional career. His brother Paul was pro for several years and raced in the Tour de France.

Raphael won the sprinters jersey and a stage in the 1983 Rás and in the same year he claimed the Shay Elliott Memorial race.

After reposing at home on Tuesday, he will be moved to St. Brendan’s church in Coolock on Wednesday morning. His funeral mass will be held at 11.30 am, with cremation following in Dardistown Crematorium.