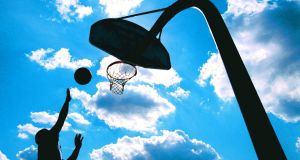 A Dublin derby showdown is on the cards at Oblate Hall this weekend as men’s Super League leaders Templeogue host Killester. Both sides are coming into the games off the back of wins last weekend: Templeogue overcoming a tricky DCU Saints side, while Killester had the better of bottom side Moycullen in Galway.

Yet this weekend’s test is one Templeogue will need to keep their focus on if they are to keep the chase at the top going strong, and with Killester hoping to move their Dublin neighbours down to five losses on the table.

Indeed, there are huge clashes all around the league this weekend, with reigning league champions UCD Marian travelling to UCC Demons this Sunday in a must-win clash for both sides – Marian if they want to stay in the title race and Demons to try and ensure their spot in the top six.

Elsewhere, there’s a hugely anticipated bottom of the table clash between old rivals C and S Neptune and Killorglin set for Cork this Saturday evening, while second place Tralee Warriors will be hoping to keep their winning form on track in what is set to be a tough fixture against Maree. Belfast Star, meanwhile, will travel to Moycullen on Saturday evening.

In the women’s Super League the race for top-six positions continues, with some very interesting fixtures on the cards. Fr Mathews will be hoping to take the points from league leaders Liffey Celtics when they welcome them to Cork on Saturday as they bid to stay in the top six spots, while a big battle is expected at the IWA in Clontarf when rivals Killester and DCU Mercy go head to head.

NUIG Mystics, meanwhile, will be hoping to pick up a maiden win in the league when they host Marble City Hawks, while IT Carlow Basketball face off against Brunell in a must-win for the Cork side.

There will be a meeting of long-time rivals WIT Wildcats and UCC Glanmire in Waterford on Saturday evening.