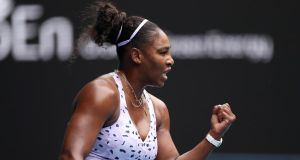 Leinster’s reward for winning all six of their Heineken Champions Cup pool fixtures and earning top-seeding in the tournament is a quarter-final date with Saracens in Dublin. The defending champions started yesterday by issuing an apology after accepting relegation from the English Premiership for breaking salary cap rules. Later they defied Will Skelton’s red card and a serious injury to Billy Vunipola to edge past Racing 92 27-24 at Allianz Park, scraping into the Champions Cup last-eight and setting up a date with Leo Cullen’s side - a repeat of last year’s final in Newcastle. As Gerry Thornley writes this morning, the beleaguered European champions were: “the team nobody else wanted to face, or probably even see, in the knockout stages.” Elsewhere Ulster are also faced with a daunting assignment in the knockouts, with Dan McFarland’s side travelling to play four-times winners Toulouse, after they booked their place in the quarters with a hard-fought 22-15 win over bath in Belfast on Saturday. The other two quarter-final clashes will see Clermont Auvergne take on Racing 92 and Northampton face Exeter at Sandy Park. All the last-eight ties will take place on the weekend of April 3rd-5th. Munster and Connacht were also in action in their closing pool fixtures yesterday. Johann van Graan’s side beat the Ospreys 33-6 at Thomond Park, while Connacht were pipped 35-29 by Montpellier in a thriller in France.

Corofin made history yesterday, as they pulled away from Kilcoo in extra-time to be crowned All-Ireland Senior club football champions for the third-consecutive year - the Galway champions running out 1-12 to 0-7 in Croke Park. Down challengers Kilcoo made life difficult for Corofin and the two sides were all square at the full-time whistle, with Paul Devlin’s free making it 0-7 to 0-7. However they were then blitzed in extra-time, Corofin quickly pulling clear as they reeled off 1-5 without reply to retain their title. Earlier in the day Ballyhale Shamrocks also made it back-to-back titles, as they held off a late Borris-Ilegh surge to take the hurling final 0-18 to 0-15. Henry Shefflin’s side made history of their own, with the Kilkenny champions becoming the first club to win the All-Ireland title on eight occasions, the Tipperary challengers falling just short.

1 Gardaí investigating four-lane motorway sulky race
2 Is coffee good for you?
3 Gunman suspected of killing nine in Germany found dead in home
4 Woman sues over catching Legionnaires’ Disease in luxury hotel spa
5 Bloomberg attacked from all sides in heated Democratic debate
6 I decided that day if I start working for myself at least I'll know where I stand
7 A Russian cruiser with ‘cannibal rats’: What other ‘ghost ships’ could be out there?
8 Grave concern in North over London’s new immigration rules
9 Newton Emerson: Martin and Varadkar must set out terms for Sinn Féin
10 Jim Mansfield Jnr denied permission to attend mother’s birthday party in Spain
11 Andy Farrell ticking all the boxes in advance of England showdown
12 Miriam Lord: Photo-ops give way for occasional talks
13 ‘If all the immigrants go back, who will work in the meat factories and do the crap jobs?’
14 Galway development could transform skyline with 21-storey tower
15 Jewish council dismayed at Sinn Féin TD’s ‘unacceptable’ tweets
16 Council to refuse applications for Airbnb-style short-term Dublin lets
17 Ireland wary of Peyper calling the tune as they head for Twickenham
18 Expert tips: A dentist on how to have perfect teeth
19 Martin tells party government may not be formed until April
20 Person claiming to represent ‘ghost ship’ owner comes forward
21 Owen Doyle: Day of the jackal may be coming to an end
22 Fianna Fáil names team for formal government formation talks
23 I’m worried about my neighbour’s new ‘shed’ and what he intends to use it for
24 David Brady says he has witnessed the illegal payments of GAA managers
25 Fine Gael should swallow its pretend humility
26 Firm behind luxury Dublin rentals to appeal short-term let ban
27 Would you kill one person to save five? Depends if you’re a millennial or not
28 Planners probe Dermot Bannon’s garden bath den
29 Players impressed with Bono’s Irish pride and desire
30 DUP pleads with UK to reduce salary threshold for migrant workers coming to North
31 Big tech ‘procedural queries’ delay decision on first data fines – watchdog
32 Love Island tribute to Caroline Flack hides the truth
33 New State body lent €114m to build 600 homes in first full year
34 The Irish Times view on the UK’s migration rules: crude and self-defeating
35 Big Tech fines delayed, ESB called out and don’t believe the Facebook blitz
36 Colum McCann on Israel-Palestine: ‘I was completely ignorant of what was going on’
37 ESB called out for ‘contributing to human rights violations’
38 The best places for a family lunch: try these 10 great spots
39 Sonia O’Sullivan: Four into one won’t go as Irish sailors vie for Tokyo place
40 The gadgets that can make travelling a bit more enjoyable
Real news has value SUBSCRIBE