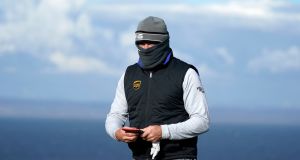 Lee Westwood feels the European Tour has got its Covid-19 protocols right.

The former world No 1 accepts playing tournaments in a ‘bubble’ environment is restrictive but he believes the approach is necessary and working.

He thinks other areas of society could learn, amid the pandemic, from the discipline being shown by the European Tour, which has exercised tighter control than the PGA Tour.

Westwood said: “There are worse places to be and people are suffering a lot more than staying in a five-star hotel, being in a suite every night and playing golf during the day, so we shouldn’t complain too much.

“I think four weeks will be my limit of playing tournaments when I’m in a bubble.

“People are talking about comparing Europe with the US and their bubble is far less restrictive. Over there it’s just playing a golf tournament with no crowds. You pass a test on Monday and that’s about it really.

“You’re not restricted with who you mix with or where you go, you can go to restaurants or to the gym. It’s far more restrictive on this Tour, hence why we’ve had so few positive cases. I think we’ve had two cases in 10-11,000 tests.

“We’re doing a good job of controlling it and it’s clearly what needed to happen – I wish everybody else could show as much discipline as the European Tour and its members have done.”

The PGA Tour announced on Tuesday that current world number one Dustin Johnson had tested positive for coronavirus. The American is now self-isolating and has withdrawn from this week’s CJ Cup at Shadow Creek in Las Vegas.

Asked if he was surprised, Westwood said at a press conference: “Not really. It was bound to happen. Even if you put as many measures in place or are as self-aware as you could possibly be there are still ways of picking it up. You have to be constantly on your guard.

“You only have to let it down a little bit and you could pick it up from anything – when you fill your car up with petrol or go to a cash machine.

“Fair play to DJ for letting them know he had symptoms and making them aware as quickly as he could. It’s going to happen.”

Westwood is one of the leading names in the field at this week’s Scottish Championship at Fairmont St Andrews.

The 47-year-old is in fine form having finished in the top 20 in five successive events, including a tied-13th at last month’s US Open.

He said: “The standard of golf I’ve been playing has been high. So I’m looking forward to this week, carrying it on and seeing if I can eliminate a couple of silly mistakes and be in there with a chance on Sunday.”

Westwood has been grouped alongside Scottish Open winner Aaron Rai and 2019 rookie of the year Robert MacIntyre in the opening round.

Eddie Pepperell, who finished sixth at last week’s BMW PGA Championship, also features and will tee off on the Torrance Course alongside South African Brandon Stone and Scotland’s Grant Forrest.