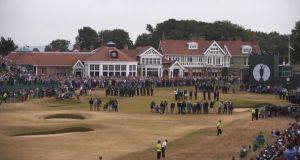 The result of a second vote on female membership at Muirfield will be announced by the middle of next month.

Last May, members of the East Lothian golf club rejected proposals to allow women to join the club.

The decision was greeted with anger in and out of the game, and the course was stripped of the right to host golf’s Open Championship.

The ballot was held at the end of a two-year consultation on membership but failed to get the two-thirds majority of its 648 eligible voters required to change policy.

The Honourable Company of Edinburgh Golfers, which runs Muirfield, quickly announced it was seeking a fresh vote and now expects the results to be revealed in March.

The company said: ”The postal ballot will be independently scrutinised and the outcome is expected to be announced in mid-March 2017.

“Voting in favour of the resolution to admit women as members is recommended, unanimously, by the captain, captain nominate and the club committee of the Honourable Company.”

Some club members reportedly had concerns over ”slow play” and future changes to club rules if women joined.

Politicians and leading golfers criticised the decision and called for another ballot.

Speaking after the first vote, former Open champion Rory McIlroy said: ”They (Muirfield) can do what they want, but in this day and age it’s not right to host the world’s biggest tournament at a place that does not allow women to become members.

“Hopefully they can see some sense and we can get it back there one day.”

The Honourable Company of Edinburgh Golfers was founded in 1744 and is said to be the oldest recorded golf club in the world.

Golf governing body the R&A said the club could be reconsidered as an Open venue if it changes membership policy.

In December, a plaque “banning” Muirfield members from sitting on a park bench was spotted in Edinburgh city centre.

Placed in West Princes Street Gardens, it read: “The members of Muirfield Golf Club are hereby excluded from sitting on this bench. By order of the female population of Edinburgh.”

Pictures of the plaque spread across social media, with many people applauding the move, but Edinburgh City Council said it had been stuck on top of an existing plaque and it has since been removed.