Out of Bounds: Is the golf ball really going too far? 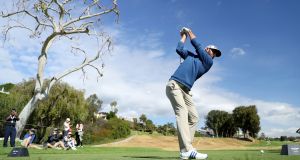 Ah, the golf ball; the most important item in a golf bag. How long will it remain as it is? For it seems to be on borrowed time; what started as a wave has turned into a tsunami of those seeking change in order to reduce the prodigious distances which tour players are managing these days with the on-going mutterings from the R&A and the USGA – the global rule-makers – only heightening expectations that future modifications are on the cards.

When legends like Jack Nicklaus and Tom Watson are among those vocally calling for change, with the Golden Bear – who admittedly has been vocal on the issue for a number of decades – looking for a ball modification that would curtail distances by up to 20 per cent, it would appear that the clock is finally ticking.

Or is it? Because the PGA Tour – the biggest professional circuit – don't seem to be backing the rule-makers, with its chief executive Jay Monahan placing speed bumps in the way (on behalf of his constituents) almost as soon as the R&A’s and USGA’s growing “concerns” were put on the table in recent days.

And PGA Tour players aren’t exactly jumping up and down at any prospect to force them into a corner and accept that any change is inevitable. Jimmy Walker, a US PGA champion of recent vintage, and former US Open champion Lucas Glover were the main debaters online in seeking a status quo with Walker calling for a “pole” (sic) to find out how players – both professional and amateur – felt.

Walker claims that the USGA (and, by association, the R&A) were guilty of not having “their fingers on the pulse of the game” and he also cited the decision to prevent anchoring of putters (which came into effect in 2016) as another example of that remove.

Others might contend that the change to golf club grooves (in 2010) caused as much grievance, with some players – Pádraig Harrington a prime example – affected and afforded little or no sympathy on the matter.

Anchoring putters is one thing; conducting wizardry with sharpened, deepened grooves another. It is long driving that have provided the wow-factor! It is what makes us shake our heads, and believe these pros are different to the rest of our species.

And it is the ever-growing distance which the golf ball travels that is to the fore these days, and yet that old adage of “lies, damned lies and statistics” comes to mind because, whatever the evidence base of increased distances, there is always a counter-argument when it comes to the numbers game.

And indeed there is an irony that the longest recorded drive in tournament play – once recognised by Guinness Book of Records (but no longer included) – is one that dates back an age. All the way back to 1974, in fact. It is credited to Mike Austin, who is recorded as hitting an authenticated drive of 515 yards (in over-shooting the green on a Par 4) in the US National Seniors Championship. He had a 25 miles an hour wind behind him at the, but – mitigating that – used a persimmon headed club.

Anyway, Austin’s feat – even if freakish – only serves to show that long-hitters will always be long hitters.

Given the way that grooves and anchoring have gone inside the past decade, the one thing we can surmise is that the R&A and the USGA aren’t adverse to making changes.

Rightly or wrongly, the golf ball is next on the hit list. Although improved physical conditioning is also a factor in the general trending of longer drives, it is that little white sphere – and work done by R&D departments – which will remain the focus of discussion.

The voices for (Nicklaus et al) or against (the tours and the golf ball manufacturers) will only have so much say in the debate; but, when it comes down to it, it will all come back to being a numbers game. And the data accumulated can be used to support any decision, like it or lump it. To change, or not to change? That is the question.