Out of Bounds: Attracting more women key for growth of golf 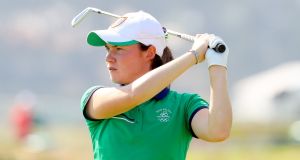 So very quietly, an R&A commissioned review of the participation of women, girls’ and families in golf came our way the other day and, in a nutshell, it provided an insight - and hope - for the sport; and would seem particularly relevant to what the future holds for golf in Ireland.

Traditionally, golfing role models here have come from the ranks of men, which is no great surprise given the influences of Christy O’Connor Senior and more recently on to the crop of Major winners.

The exploits of Pádraig Harrington, G-Mac, Rory McIlroy and Darren Clarke - nine Majors between them since 2007 - raised the bar beyond any of our expectations, although the strange correlation is that their superb achievements didn’t result in any great increase in the number of boys taking up golf in a quest to emulate them. That’s another story.

When Maguire turns professional the suspicion is that the glass ceiling won’t just crack, it will be smashed into smithereens

Yet, the R&A review is quite honest in predicting that the really significant area for future growth is in attracting more women, girls and families into playing the sport . . . and, with that assessment in mind, there is an added factor relevant to Ireland: the emergence of a genuine female role model, Leona Maguire.

Indeed, in what is a reflection of the fine work done by the ILGU’s development programme, Maguire is not alone. Maguire is the long-time world ranked number one amateur, and Olivia Mehaffey - also in college in the United States - is currently ranked 11th and a hugely exciting prospect in her own right.

When Maguire, firstly (this summer), and in time Mehaffey turn professional with the increased coverage of their tournament play, the suspicion is that the glass ceiling won’t just crack, it will be smashed into smithereens.

As such, the R&A commissioned report - conducted by the International Institute for Golf Education, based at the University Centre Myerscough near Preston in England - examined existing academic and industry research with the individual views of a wide-ranging group of golf experts.

Dr John Fry, one of those who led the review, explained: “The process involved searching scientific databases containing more than one million citations, peer-reviewed research papers and selecting the most appropriate evidence based studies that can help underpin strategies to increase participation in golf.”

Some of the relevant themes identified were: a direct link between equality in sports participation and wider measures of gender equality such as women in influential decision-making positions in golf; that parents are the chief factor underpinning families’ likelihood to play golf and that their motivations for their children taking part include having fun, improving health and developing friendships; and for clubs to encourage “memorable” events, as that memory itself or the experience is increasingly replacing the product of playing golf.

There’s a lot of food for thought for clubs, but it’s all very encouraging in terms of understanding that golf is ideally positioned to attract more girls into the fold . . . . and especially going forward, with the likes of Maguire and Mehaffey to be genuine role models.