The Backdoor: RTÉ need to realise the thirst is now for knowledge

Is it time for midweek games? Wednesday Night GAA – build it and they will come 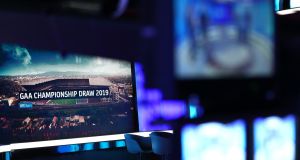 Another weekend, another plethora of games – more criticism over coverage. It’s the unsolvable GAA equation. There were 16 games across both codes – not including lower-tier competitions – over the weekend, and each one of them, it’s said, is deserving of due respect. Operating off current customs, it’s simply unattainable.

But if, let’s say, a qualifier game was to take place midweek, it would be front and centre of all coverage that night and the following morning. So why is the idea of games outside the confines of the weekend so ostensibly grotesque to GAA folk?

The launch of the Premier League’s Monday Night Football programme in 1992, following on from similar initiatives in the NFL, is generally viewed as one of many elements that catapulted the English game into the world power it is today. GAA won’t follow suit on a path towards world domination but it can, to borrow a manager’s parlance, take learnings.

Whatever about the urban GAA community, it’s an initiative that would be warmly embraced by rural Ireland, a community that continues to be ignored by Official Ireland. Midweek down the country can be a dull and desolate place but when the GAA has dabbled with midweek events – usually during tight windows for club games – it’s proved special.

Spectators arrive in their thousands – with the mugs of tea battling away the elements of frigid autumn evenings – looking for any reason to break up the monotony of the week. A source of life within an otherwise moribund place.

Now, picture two teams, accustomed to their place in the shade, battling it out before their efforts are splashed across front pages and headlining bulletins. It’s exactly as they’ve craved.

Wednesday Night GAA – build it and they will come.

By The Numbers: 2 - Donegal have participated in all but two Ulster finals this decade, having not won an Ulster title since 1992 in 2011.

Mannion not there yet

After 35 minutes in Nowlan Park, we had our man of the match – or so we believed.

In Joe Canning’s absence, Cathal Mannion had provided a majestic performance, hitting points from as far out as Bennettsbridge en-route to a first half tally of six.

Few players in the game are worthy of a free-roaming role to work their magic. Canning is one, TJ Reid another.

In the first half, Mannion showed why he, too, should be put in that illustrious bracket. Then again, his second-half performance is the very reason he isn’t.

Kilkenny, on the other hand, cannot afford an inconsistent Reid. It’s not absurd to say Kilkenny, without their mercurial talisman, could be lingering recklessly just above the relegation spot. Yes, they probably would have beaten Carlow, but Dublin? And, without Reid, you wouldn’t fancy them against Wexford.

Audacious point-scoring and vision, as Mannion exhibited in the first half, is all well and good in short spurts, but the tigerish mettle of Reid after the break trumps all.

Until Mannion can replicate those feats, dragging a sub-par outfit over the line, like Reid has so often done, he will remain in the bunch behind the game’s biggest stars. The talent is there, it’s simply a matter of finding the wherewithal and consistency. Easier than it sounds.

Quote of the week: “Jesus, does Joe Brolly let anyone speak? Must be very frustrating being in the studio with him.” Former Kerry star Darran O’Sullivan spoke for many when tweeting during Saturday’s RTÉ coverage.

“The trouble with a kitten,” Ogden Nash said, “is that eventually it becomes a cat.” On RTÉ’s GAA roster, there remains some rather fiendish felines, supply and demand being the rationale for their continued inclusion.

But slowly, it appears the appetite for sensationalist punditry is waning. The witty retorts and casual insults that have become the norm don’t quench the modern day spectator’s thirst.

No longer is there a thirst for blood. They want more; they want better. The thirst now is one for knowledge.

Voyeurism, to an extent, is dead, and we expect the sort of insightful analysis that is beyond certain studio squatters.

There may still be a role for the old familiar faces – just not in the prime-time slot, a place where they are afforded the opportunity to shape weekly public discourse.

It’s interesting that some of the old brigade on hurling panels do satisfy public appetite, perhaps as a result of having skin in the game.

The game changed, they experienced the evolution in competitive environments and they’re back to inform the masses. A logical path, you could say.

As obvious as it may be, it bears repetition: the punditry chair isn’t the subject of a reality show. It’s something that wields considerable influence and an opportunity to enforce positive change.

Are we getting that from some figures, capable of dishing it out though perhaps a little sensitive when on the receiving end?