All you need to know about Monday’s football qualifier draw 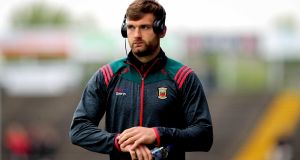 Mayo return to action in round two of the football qualifiers. Photograph: Ryan Byrne/Inpho

There’ll be 16 teams going into the draw on Monday morning for the second round of the All-Ireland football qualifiers.

The eight winners of round one of the qualifiers will each be drawn against one of the eight beaten provincial semi-finalists - shortly after 8.30am on RTÉ Radio 1’s Morning Ireland.

The only team from the 16 who have yet to win a match so far this summer is Sligo, they qualified directly for the Connacht semi-final where they were beaten by 13 points against Galway. Last year’s All-Ireland finalists Tyrone also enter the draw after their defeat to Donegal on Saturday, as do league champions Mayo who were beaten by Roscommon in the other Connacht semi-final.

The biggest shock in the first round of the qualifiers seen Antrim beat Louth, while Monaghan seen off Fermanagh - revenge for last year’s Ulster championship defeat. And the other team from the top two divisions of this year’s league - Tipperary - were beaten by Down on Sunday.

The round two qualifiers are set to be played on the weekend after next, June 22nd/23rd.

A separate draw will be made for home advantage, although any Division Three or Four team (2019) will have home advantage against a team from Division One or Two. The fixture details will be confirmed by the CCCC on Tuesday afternoon.