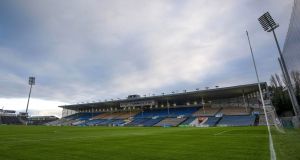 The Munster Council has released details of its senior championships schedules for October and November. It starts on Sunday, October 25th with the hurling quarter-final between champions Limerick and Clare, which will also double up as the Allianz League final, as the two counties topped their respective groups in Division 1. It will go ahead at 3.45 in Semple Stadium.

The small window allowed by the compressed season means that Waterford’s footballers and hurlers are double booked on October 31st with the hurlers taking on Cork in Thurles at 3.30 and the footballers facing Limerick in Dungarvan at 7.0.

The same faces Tipperary the following day when their footballers are in Thurles to take on Clare at 1.0 and three hours later, the county hurlers, who are All-Ireland champions, face the winners of the Clare-Limerick quarter-final in either Páirc Uí Chaoimh or the LIT Gaelic Grounds.

Ulster fixtures were released earlier in the week whereas the collated fixture list, including the Leinster and Connacht championships as well as the last two rounds of the Allianz Football League, scheduled for the weekends of October 17th and 24th are expected to be released this Friday.