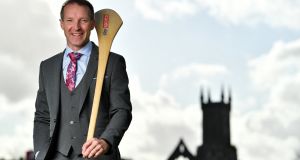 The prospect of the delayed 2020 championship losing one or more teams to live cases of Covid-19 is now “inevitable”, according to Clare’s two-time All-Ireland hurling champion Jamesie O’Connor

“I do think it’s inevitable,” says O’Connor, “that there will be casualties somewhere along the line, some team will unfortunately turn up a positive test, and it will be nobody’s fault. I just hope it’s minimal, rather than something which becomes an all too frequent occurrence.

“Look, we all hope we can get to a situation where the games can be played, and we don’t have an asterisk beside whoever are champions at the end of the day, if say a Kilkenny or a Tipperary had to pull out at some stage. Nobody wants that, but at the same time we have to accept we are in a pandemic, we’ve never seen anything like this in our lifetime. The lads in school are saying ‘this is our Emergency’, and it is. We just have to accept, hope and keep the fingers crossed.

“But I think the GAA have got it absolutely right, in terms of running the club stuff off first, and letting the majority of players play.”

Still O’Connor has little doubt the GAA are correct to pursue with the championship even in face of rising daily cases: “I’ve three teenagers, and the disappointment in our house back in April, when it looked like there was going to be no GAA activity, I saw firsthand how important it was, particularly for the 14-year-old.

“He was mad for road, the championship was about to start the week after schools initially closed, so I don’t think we should underestimate how important it was, socially even, for that generation, and the intercounty guys, to get back. And I think we all had a greater appreciation of what it meant to us, and how much we missed it.

“I think by and large the GAA have done a really good job in terms of their return to play protocols, it worked seamlessly for the most part, and I think the players were delighted to have enjoyed the summer with the club, and hopefully will get to play with the county now.

“Of course it will be different walking out to Thurles or Croke Park with nobody there, but the prize is still there. I think we’ve all had to adapt, it’s a new reality, it’s not ideal, but it beats the alternative, and what we were looking at, the world without sport is bleak and dark place.”

1 Golf in Level 5 Covid restrictions: Clubs still waiting to hear if they can remain open
2 Hugo Keenan could start in changed Ireland team against Italy
3 Wijnaldum attacks ‘stupid’ Pickford tackle on van Dijk
4 Gerry Thornley: After 32 weeks the Six Nations is back up for grabs
5 Dan Martin stakes podium claim on opening stage of Vuelta
Real news has value SUBSCRIBE

Champions League round-up: Juventus and Barcelona off to winning starts 22:11
Waterford’s Pauric Mahony out for the season 21:26
Hugo Keenan could start in changed Ireland team against Italy 21:04
Guardiola takes blame for City’s European failings 21:12
Kelly and Lynch ready for Thurles showdown as if it’s their last 21:29