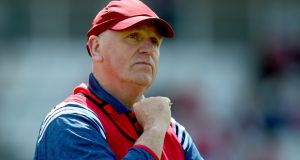 With the GAA acknowledging that 2021 will be another ‘exceptional’ year, an economist has expressed concern that patterns of pandemic-related behaviour can have long-term financial implications for the association.

UCC senior lecturer Dr John Considine has plenty of experience on both sides of the issue as a leading academic in the field of sports economics and an All-Ireland hurling medallist with Cork in the double year of 1990 as well as a successful coach in the years since.

He believes that in the event of the Covid-19 pandemic continuing into next year and even beyond that the impact on the GAA’s finances may be exacerbated by revised attitudes to live attendance.

In much the same way as many have become comfortable with remote working – he cites himself as someone who has benefited from no longer having to undertake a 45-minute commute – Considine identifies the value placed on increased leisure time with ease of access to broadcast and streamed matches as marking a potential shift in priorities.

He also homes in on the profile of spectators and how they are introduced to match going.

“The evidence on people who attend games, studies show, is that those who were brought to matches by their parents when they were younger tend to be those who attend later. There’s a follow-through. Break that chain for maybe two or three years that’s a whole cohort that hasn’t acquired that identifiable experience of going to games.

“That includes enjoying the spin, enjoying the stop-off coming back for a bag of chips. If this persists, yes there’ll be a bounce-back in terms of, ‘isn’t it great to get back to see a championship game live?’ but how widespread and sustained will it be?

“You could get it but there is that danger that you lose even just 15 per cent, who decided they have other things to do. My worry is that this will stick in a small but significant cohort.

“I don’t know the answer because there is no data on which to base an opinion – it’s never happened before – or even a strong feeling but it’s a danger and a worry for the GAA that a number of people will decide, ‘that doesn’t suit me’ and sit down and watch a game streamed or broadcast instead.”

The apprehension is based on the massive dependence of the GAA on gate receipts, which brought in €36 million last year. At present, nearly all of that revenue is threatened by restrictions on spectators, which show no signs of being eased in the short- or medium-term.

If that attendance revenue goes for the GAA, it’s going to blow a hole in revenues for both Croke Park and the provincial councils

The association expects revenue to be down by €50 million for this year between gate receipts and commercial losses. Consequently, Government has stepped in to make €15 million available for all Gaelic games championships to enable them to proceed.

“Most sports go through three stages of development,” says Considine. “When you start, membership fees drive income. Then it becomes more commercial, including gate receipts and finally you’re into broadcast revenues.”

For the GAA, media rights income isn’t as significant as it is for professional sports and although he sees potential for improvement in current circumstances, it’s not going to compensate for the precipitous decline in main revenue streams.

“I remember Limerick and Offaly in a hurling match over a decade ago [2008] and there was 100,000-plus watched it but not many more than 5,000 [8,552] came through the gate so you do open up a bigger potential audience. Whether you can monetise this is another matter. The way these things are done is by selling packages.

“The GAA’s strategy was that they didn’t want to undermine the numbers actually attending. If for the sake of argument you were negotiating packages at the start of the year and you knew for that year that there was nobody coming through the turnstiles, you’d definitely increase the quantity of games that you would sell and secondly you might squeeze out some more money.”

That has already been conceded for this year’s championship fixtures, all of which will be transmitted either by broadcast or streaming. As the schedules are so tightly compacted and with virtually no spectators expected to be allowed in venues, matches will be available even though they may clash with major fixtures being carried by the main rights holders.

Ultimately, though Considine says that the GAA faces a major challenge.

“Matchday revenue is important for even the big professional teams. I was looking at last year’s Deloitte football money league and clubs like Real Madrid have 20 per cent between gate receipts, hospitality and merchandising et cetera. So even for them it’s a sizeable loss but if that attendance revenue goes for the GAA, it’s going to blow a hole in revenues for both Croke Park and the provincial councils.

“I can’t see how those revenues are going to be replaced.”