Tipperary’s Morris: you would be silly to be happy as an impact sub 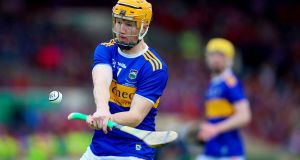 Tipperary’s Jake Morris: “Just because you are after winning an All-Ireland U-21 doesn’t give you a divine right to be playing senior the year after.” Photograph: Tommy Dickson/Inpho

In the quest to retain the Liam MacCarthy Cup, something Tipperary haven’t managed since 1965, Liam Sheedy may reflect on their failed bid of 2011.

He had left, of course, by that stage after guiding Tipperary to All-Ireland success in 2010, and a virtually unchanged team under Declan Ryan lost to Kilkenny in the final.

In all 13 of the Tipperary players that lined out in that 2011 final had also started the 2010 showpiece, while a 14th player, Seamus Callanan, had came on in 2010. The only significant personnel change was John O’Keeffe starting in 2011 instead of Declan Fanning, who had retired.

Tipperary hammered seven goals past Waterford in the 2011 Munster final, so Ryan can hardly be hauled over the coals for sticking with the status quo, though Sheedy may fancy new blood in 2020 all the same to keep the fire lit under his team.

That is where Jake Morris could come in, a 20-year-old back-to-back All-Ireland U-21/U-20 medallist who craves promotion with the seniors from impact sub to first-team regular.

“I was mad to start this year, and I suppose I made a good push. I did start in the two Limerick games,” said Morris, whose nine other senior appearances have come from the bench. “You’d be silly if you said you were happy to be an impact sub.”

The problem for Morris and the rest of the underage stars looking to step up is who gets left out?

“That’s it, where’s the weak link there at the moment? There is none,” said Morris at the announcement that UPMC is the official healthcare partner of the GAA/GPA.

“Bonner Maher will be back early February. He’s going to come back as hungry as ever after injury and make it more competitive again. But that’s what you need, you need lads pushing each other. That’s what makes a good team a good team. Without it you are at nothing really.”

Morris and Jerome Cahill from the Tipperary U-20s made the All-Ireland senior final panel, Morris coming on to score a point. Paddy Cadell was a third U-20 who made the extended senior panel so Sheedy has plenty of options.