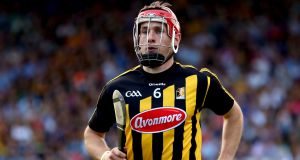 There is just one change to the line-ups for Sunday’s All-Ireland hurling final between Kilkenny and Tipperary.

Cillian Buckley has been passed fit to return to the team after a season battling injury. He started the quarter-final against Cork but was replaced at half-time and came on against Limerick in the semi-final at the end of the first half. Richie Leahy misses out.

Buckley is named at centrefield but may switch with Conor Fogarty to drop to wing back. It is a lift for the team to be able to bring back the two-time All Star even if he is short of game time.

Tipperary make no changes, which means that Séamus Kennedy retains his place after being introduced as a late replacement for James Barry.

Kilkenny manager Brian Cody maintained his practice of making changes for All-Ireland finals. Sunday will be his 18th final - including replays - and he changed the team for 13 of them. Changes included those forced by injuries but they were largely tactical alterations.