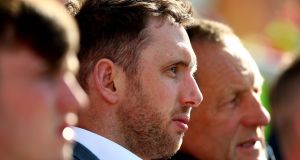 The Offaly county board have announced that their management committee are recommending the appointment of Kilkenny’s eight-time All-Ireland winner Michael Fennelly as their next senior hurling manager for a two-year term with an option for a third year.

In a statement, the Offaly county board said: “The aim of this appointment is to bring pride and stability back to the Offaly jersey with the support of Michael and his backroom team. Michael brings a wealth of knowledge, experience and competence in all aspects of the modern-day team preparation. This is a challenging task and to be successful it will need the support of the players, their families, the clubs and all the people involved in Offaly GAA.

“Michael is confident of what he has learnt in his later years as a player and has always conveyed a passionate interest in the dynamics of the manager’s role. This is shown through his commitment off the field by studying for a doctorate in leadership sport. Michael is looking forward to the upcoming Offaly club championship and will use these games as the platform to choose his panel for 2020.

As a player, Fennelly won eight All-Irelands with Kilkenny, four All-Ireland club final medals with Ballyhale Shamrocks, was hurler of the year in 2011 and also won three All Stars.

He was performance coach for the Kildare senior football team in 2019, and is currently studying a doctorate in Leadership through Maynooth University.