Despite his best efforts, Jim Gavin still the most interesting figure in football 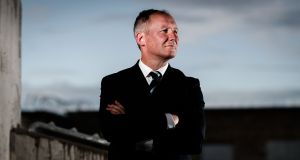 Jim Gavin: “If a player isn’t executing his skillset or the game plan, ultimately the root cause of it isn’t the player – it’s me. The buck stops with me.” Photograph: James Crombie/Inpho

Every once in a while, Jim Gavin allows a quick look under the bonnet. He never does it for long and you still only get to see what he wants you to see. But occasionally – and ahead of All-Ireland finals tend to be our one shot at it in a year – he expands a little on the things that made him and the hands that have guided him.

The pillars of Gavin’s working life – first in the military, later in aviation safety – inform the sort of football manager he is. Or at least, he is comfortable with us drawing that conclusion. At the media day ahead of the final, we put Mick Bohan’s question to him after the Dublin women’s manager wondered aloud at one stage where Gavin finds the time to sleep.

“Well, one thing the military gave me and they gave me a lot – I’m very grateful for the time I spent in the uniform of Óglaigh na hÉireann – is that ability to sleep because you were sleeping, as a cadet, in trenches or standing up even. So I’ve no problem sleeping, absolutely none.”

He was asked at one stage if he’s a better manager now than when he took over in late 2012. His usual default position in these circumstances is a dead bat but this time around, he engaged.

“Oooh, better? That’s a good question. I know I’ve learned a lot. You want to keep learning because you have to. I work as a regulator and there’s a just culture in my industry that accepts humans make mistakes, that accepts that somebody who has competency, a good skill-set, good knowledge, good attitude can still make a mistake. By European law, you have to report your mistake – as a flight crew, engineer, traffic controller, cabin crew have to report their mistakes so we can learn from them.

“That’s a high-performing industry. I have been immersed in that culture all my life, of that continuous learning, because the reason commercial air traffic that I regulate is so safe is because we’ve learned from horrific incidents, horrific accidents and routine mistakes every day. Football is no different.

“The day you believe you have all the knowledge and all the skill-set is the day you’ll become unstuck so you have to keep learning. There was a rich environment for learning in the Mayo game and having looked back at the tape I’ve got lots of great learning for the team, for myself in terms of that game.

“So what you try and do is impart that knowledge and work on that over the next couple of weeks and hopefully improve a little bit again.

“There is that mindset among the players, they are humble enough to understand that they have no right to execute a performance, that they need to prepare as best they can for it and some things they got right against Mayo, some they didn’t and it’s trying to work on both of them.”

Later, the subject of Dublin’s sustained excellence came up and again, it seemed to engage a synapse or two inside Gavin and he expanded beyond the usual and gave a clear and lucid insight into how he does his thing.

“Well, I would question the excellence piece. That means many, many things. All one is trying to do is their best. That’s what one is driven towards. You’re just looking to improve every game – that’s all you’re trying to do.

“Some games that we’ve won we haven’t been excellent; some games we’ve drawn we thought we were excellent. All you’re trying to do is create that space where players can be their best.

“That means many things to many different players. Some players’ high level of skill execution would not be the same for another player and it’s an area for growth. What they’re searching for is that growth in the team and again that probably comes from my job in aviation where you’re seeing so much failure. I use that word as there’s space for growth on a continuum, on a daily basis, that probably influences one’s mindset, I would say.

“Most [aviation] accidents come from human error, not necessarily complacency. The easy thing to do is to look at the front end of the flight deck and blame the crew. Most of the time it’s an organisational issue. So if a player isn’t executing his skillset or the game plan, ultimately the root cause of it isn’t the player – it’s me.

Still the most interesting figure in the game, Jim Gavin. Much as he’d like us all to think the opposite.

1 CVC cuts Six Nations offer by half to €165m as talks continue on new deal
2 Could lack of sex force players to break the NBA’s bubble?
3 Jack Charlton era made GAA sit up and realise its greatest strength
4 Solskjaer has nothing to say on Manchester City financial fairplay ruling
5 Game Changers: Living beyond fear puts Alex Honnold above all others
Real news has value SUBSCRIBE

Premier League clubs discuss advertising boycott in battle against online abuse 11:24
Solskjaer has nothing to say on Manchester City financial fairplay ruling 11:11
Could lack of sex force players to break the NBA’s bubble? 10:52
Derby wins moves Atalanta to second in Serie A 08:53
Mikel Arteta warns Arsenal must invest significantly to compete 08:15
Crossword Get access to over 6,000 interactive crosswords