Kilkenny blow Derry away in U-21 semi-final 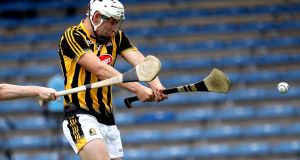 But the contest was over by the time Kilkenny raced into a 3-1 to 0-1 lead after just nine minutes against the breeze. By half-time Eddie Brennan’s men were 5-12 to 0-4 to the good and they did not relent after the restart.

They enjoyed a perfect start when John Donnelly, who finished with 1-7 from play, found the net after less than two minutes. Walsh and Richie Leahy then struck goals as Kilkenny pulled away, with Billy Ryan blasting home two goals before the break.

But by the time O’Doherty got Derry’s first point of the second-half after 49 minutes, Kilkenny had added an astonishing 1-16 without reply.

Donnelly hit three points inside two minutes of the restart, with Walsh getting his second goal of the match. Eoin Kenny got Kilkenny’s seventh goal with Luke Scanlon completing the rout in the dying moments.