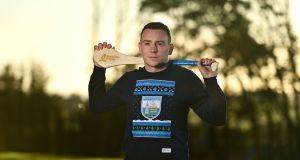 Simple numbers tell a lot about Waterford’s progress to Saturday’s All-Ireland semi-final when they’ve already won more championship matches during the intensity of the pandemic winter than they managed in the previous two summers of round-robin hurling.

That doesn’t just bring progress too, but brings considerable confidence, forward Stephen Bennett the epitome of that so far during their three games against Cork, Limerick and, more recently, Clare, scoring 0-34 in total.

In their eight round-robin Munster championship matches in 2019 and 2018, Waterford went without a single win; now they’re back in Croke Park for a first championship match since 2017, against Kilkenny, the team they beat for the first time in the qualifiers earlier in 2017 to make the All-Ireland final, eventually losing to Galway.

“Yeah, we’d a very bad last two years, with eight championship matches, and you don’t win one, the confidence wouldn’t be great,” says Bennett, who has also taken charge of the free-taking for Waterford this season.

“So being back in Croke Park is great, yeah. And exciting too, with the few new lads too, that helps. And we’ll see what we can do now against Kilkenny.

“But yeah, Cork in 2017, was the last championship win. Some might think it’s pathetic enough, that all we wanted was one championship win, but once you get that, it’s finished, you can move on. And it was nice to back it up again too.

“When you’re losing like that, 10, 15 points, people think you aren’t training as hard, but you are. It’s more that players are afraid to shoot, or take on their man, maybe playing in their shells I suppose. Once you start winning again, realise you can compete at this level, lads are more excited coming to training, the subs make the fellas better, and you’re going to shoot, go for goals, and enjoy that more.”

If you look back at the Limerick game, maybe we didn’t quite believe it, too many of us didn’t show up for the last five minutes

Any fear of fatigue, however, is non-existent, according to Bennett. The local swimming pools where players would normally recover might be closed, but he has his own natural pool just down the road from where he lives near Lismore.

“Yeah, there’s a little river there, by the strand, where you can get into. I’d be down there a load of times, for the first two or three games after a match. That and the foam rolling helps the recovery. All the training is done, to an extent, there’s not a whole lot more you can do. I don’t think that will be a factor for us winning or losing.”

A lot of that newfound confidence has come from new manager Liam Cahill, the Tipperary native coming in this season, and immediately demanding his players take up a licence to shoot and, preferably, to kill.

“What I like about Liam is that he just loves attacking. Whenever you get the back, corner back or corner forward, you just go, and go directly at the goal. And honest mistakes, they say. If you look back at the Limerick game, maybe we didn’t quite believe it, too many of us didn’t show up for the last five minutes, so we still have a lot to work on, definitely.”

Other players such as Jack Fagan, coming originally from Meath, have aided too. “He’s been brilliant, in fairness to him, got his first goal last week, and his confidence must be high.”

Beyond the possible fatigue factor, Waterford’s semi-final record over the years hasn’t been great, but after beating Kilkenny in their last championship meeting in 2017, one thing they won’t have is any fear factor.

“You can’t fear any team, but we did lose a few semi-finals before, and that was a great game, the first time we’d beaten them, but they still have the dangerous players, and we have to be at our very best. It’s about taking your chances when they come.”