'There are 10 players there who aren’t with you, which is very disappointing' 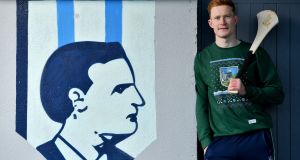 Every player has had their own way of passing the lonesome drives to training and matches during this pandemic winter and for Will O’Donoghue there’s always been time for a quick call to his grandmother. It’s another reminder, as if one were needed, of his strange and uniquely privileged position.

And which continues on Sunday, when the Limerick players drive solo to Croke Park for the first time since last year’s All-Ireland hurling semi-final, where they surrendered their title to Kilkenny. After winning back-to-back league and Munster titles, Limerick now face Galway, which for O’Donoghue is unique is another way too, given they’re managed by his neighbour, friend and former club mentor Shane O’Neill.

That may give O’Donoghue something extra to think about on the drive up, only he normally takes the time to himself, beyond the occasional hands-free call.

“I wouldn’t be getting into the car and blasting the music, no,” he says. “It can be a long drive, so I just try to relax. And driving alone for the last three games, I might call some friends, or my grandmother, who lives alone. It’s been a tough few months for her, and she’s absolutely loving it, having something to watch.

“Even with the football at the weekend, she wouldn’t have been the biggest GAA fan before I started playing, and when I rang her Sunday evening, she was talking about the football, how exciting it was. So for her to be excited like that, it is something to cling to, and also what it’s given to people, that’s not lost on any player at the moment, we’re very appreciative of what we can give to people.”

It’s also one of the reasons Limerick manager John Kiely highlighted his discontent at the 26-player matchday panel limit which has so far been enforced throughout the championship, given the extended 36-man panel are essentially making the same sacrifices. After their Munster hurling final win over Waterford earlier this month, which sealed back-to-back provincial titles for the first time in 39 years, the Munster Cup, Kiely insisted, would only be presented at training on the Tuesday night, when all current 36 panel members could be in attendance.

“We just had everyone around that night, all the backroom team,” says O’Donoghue. “And as John alluded to, and other managers, there are 10 players there who aren’t with you, which is very disappointing.We’re all striving towards the same thing, so it’s quite unjust. There’s also members of the backroom team, who aren’t allowed in, and it almost means more to them than to us.

“So I don’t think we’re asking for anything hectic. We’ve very privileged to be able to even train at the minute, when a lot of people can’t get a decent level of exercise in, with gyms still closed, so I’m well aware how fortunate I am to still have that routine in my life. But this is not people getting greedy. We’re going to an 80,000 stadium, would 10 people, and a few more backroom make a difference? I understand the cap, but I do think there could be an allowance.”

That won’t change for Sunday, as Limerick reacquaint their Galway rivalry which recently peaked in their 2018 All-Ireland final showdown, O’Donoghue coming on late in that game, on the day they denied Galway the back-to-back All-Ireland.

Now a first-choice midfielder, Sunday will also reacquaint O’Donoghue with his former Na Piarsaigh manager O’Neill still living just around the corner near the club grounds, on the north side of the Shannon in Limerick city.

“Yep, I’d say two minutes away,” says O’Donoghue. “We bumped up into each other quite a bit during the first lockdown, the two of us wandering the roads looking for something to do. We get on well, but that doesn’t impact for Sunday.

“It’s great for Shane, his first season with Galway, and to be doing as well as they are. But I’d never pay much attention to what’s happening on the opposite sideline. I’d like to let on it might add to the occasion for me, but it certainly won’t.”

It is O’Neill’s first season with Galway, and his immediate success doesn’t surprise; nor does it give him any inside scoop on O’Donoghue or his former Na Piarsaigh player.

“There isn’t a whole lot he needs to know about me, I haven’t a huge lot up my sleeve. I don’t have that armoury of talents that only he might know about. So no added advantage. But of course, every manager I’ve ever had at Na Piarsaigh have had a massive influence on my career. Shane would have been the second senior manager I had, after Seán Stack before that. They’re all with you when you’re trying to better yourself, and grow as an individual, all those influences have been very positive. He won an All-Ireland club [in 2016], a first Limerick club to do that, plus two Munster [titles], so I think that speaks for itself.”

For O’Donoghue, speaking at a pre-match event organised by championship sponsors Bord Gáis Energy, any missed opportunity in 2019 is long since buried or forgotten.

“I wouldn’t say we slipped up last year, we were beaten by a better team. So that narrative it was a slip up makes no sense to me. I don’t think anyone will be trying to avenge anything on Sunday. It’s all about this year, and what goes on at the minute, what happens on Sunday. But back-to-back All-Irelands, no one in Limerick could ever take anything for granted. We still have more we want to do, but we know Galway are a massive challenge, set up brilliantly, and it’s going to take everything we have to get over the line on Sunday.”