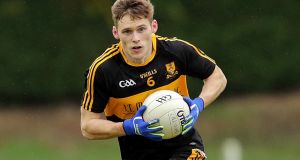 Gavin White: “You want to get in with the county as soon as possible so from that point of view it would be very beneficial to move the club games back to January or pre-Christmas.” Photograph: Morgan Treacy/Inpho

It’s a curious fact that at the beginning of the Allianz League, Con O’Callaghan and Gavin White hadn’t experienced more than 20 minutes of game time between them in the competition.

Kerry wing back White, meanwhile, an AIB All-Ireland club finalist with Dr Crokes this month, was nominated for an All-Star last year and is a Munster championship winner yet, like O’Callaghan, paid a price for club success in the past.

O’Callaghan’s hurling commitments with Cuala limited his availability to play for Dublin in the league while White has played in All-Ireland club semi-finals with Dr Crokes in two of the last three seasons, preventing him from answering Kerry’s call.

“That’s the reason I’m looking forward to it after St Patrick’s Day,” said White, acknowledging that he couldn’t play for Kerry in 2016 due to his Leaving Cert while he was injured during last year’s league.

“I want to play league football. It is a different type of football to championship so we’re hoping that Paddy’s Day goes well and, who knows, we might be out the following week against Roscommon. That’s down to Peter Keane and the management but I’m more than willing to go back in.”

There are plenty more like White and O’Callaghan who have found that missing large chunks of inter-county activity is the trade off for going deep into the All-Ireland club series. Dean Rock was a late league starter for Dublin for similar reasons while Armagh’s Aaron Kernan has spoken of his frustration that doing well with his club ultimately cost his county each spring.

GAA president John Horan has suggested completing the All-Ireland club finals in January, a potential remedy to the situation.

“From my point of view, I haven’t played any national league games at all so I’d love to play, you want to get in with the county as soon as possible so from that point of view it would be very beneficial to move the club games back to January or pre-Christmas or whatever,” said White.

“Then again there’s the novelty of having the club final on Paddy’s Day, that adds another dimension to the club championship so I think I’ll have to sit on the fence on that one.”

White may have stronger feelings on the situation if it ultimately deprives him of a championship spot with Kerry. Keane has relied on a small but ultra committed group of players so far in Division One and they’ve returned five wins from five outings, leaving the county four points clear of Dublin.

It has thrown up the enticing prospect of a potential league final against Dublin, a side they beat by a point in a thrilling third round game last month.

“I was at the game myself, an absolutely brilliant game to watch, two brilliant teams going at it hammer and tongs in February,” said White.

“I think at the end of the day, both teams know it was only February, there’s a lot more to be played for over the rest of the year. Both teams were missing a number of players so they know that it might be just scratching the surface of what they’re capable of. I think there’s more improvement to be done by both teams over the next couple of months.”

Pressed on whether Kerry would like to play Dublin again and to take their chances at Croke Park, or leave February’s win lingering for a few more months until a potential championship showdown, White said he imagines it’s the former.

“I would say so, yeah,” he said. “We’d be more concentrating on ourselves rather than anybody else but we want to be playing the best of the best.”

That sense of ambition and determination has been impossible for Kerry to hide throughout the campaign so far with their younger players – Sean O’Shea, Shane Ryan and Dara Moynihan – all stepping up in impressive fashion.

All three of those players, like White, won All-Ireland minor medals under Keane and the hope is that a Kerry senior team for the ages may be now coming together.

The county’s critics have pointed to their defence as the weak point that could undermine their bid to prevent Dublin from completing the five-in-a-row.

“There’s going to be improvements needed no matter what area of the pitch,” shrugged White, nominated for an All-Star for his performances in the half-back line in 2018. “In the first two games last summer, we were fairly settled. The Cork game, we had a rocky start but with new defenders in there, maybe it was a lack of experience. Going into the Galway game then, we just didn’t really perform, for whatever reason.”