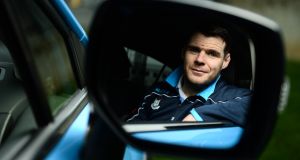 This time last year Kevin McManamon gave himself a lesson in sports psychology. He told anyone who would listen that he wanted to start in the All-Ireland football final, would do whatever it took, to finally shake-off that label of being Dublin’s super-sub.

It was a sort of mind game, and McManamon knew it, because he happens to be in the business of sports psychology; put the ambition out there, let people know what you want, then go chase it with a vengeance.

So when it worked – in fact he started all seven championship games for Dublin last summer, including the drawn All-Ireland final and replay win over Mayo – it merely reinforced what he already knew. Success in any sport is as much a mental thing as it is physical, and anyone who suggests otherwise is talking “absolute nonsense”.

So what do you think of that?

McManamon doesn’t actually name check any critics of sports psychology (Joe Brolly, for example), partly because he reckons some people don’t even know what they’re being critical off.

“It’s the people who don’t really deeply understand what they’re talking about,” says McManamon, who completed an MA in Applied Sports and Exercise Psychology in 2014, and last year set up his own business in the area.

It’s an area he knows is still open for criticism, and there will always be doubters, but if it’s good enough to help him start in an All-Ireland final with Dublin that’s all he needs to know.

“Whereas it’s very hard to measure improvements on the mental side of sport. It’s hard, but you know yourself. It’s subjective really. So I think that’s why people are slow to embrace it. But again it’s a no-brainer for me.

“But I don’t think it’s simple as bashing sports psychology. It’s bashing positive thinking, which is another area altogether. There’s that part of sports psychology, where there are probably people who wouldn’t be as well trained as they should be working in the area, which is where some of the issues lie.”

McManamon, speaking at the county’s latest sponsorship deal with Subaru, the new car partners for Dublin football and hurling, also sees for himself the positive impact sports psychology has on the teams and players that he now works with.

“I work with anyone who is trying to do something different in their lives, and I do a lot of work with schools speaking about mental health. And you’d have fellas saying ‘this is not for me’, then you’d have a five-minute conversation with them and you’d realise they’re naturally working on the tools that you’d give them.

“So I think there’s a lack of understanding of the work that people actually do in performance coaching. It’s not sitting around chanting, or anything like that. It’s about putting a bit of tangibility, a bit of structure, on the things you find it hard to measure.”

With that McManamon passes on another little lesson in sports psychology. He used to be his own worst critic after a game, whether he’d started or not.

“Early in my career, I got very stressed before big games. And I was traditionally very hard on myself. I thought it would be a source of motivation, if I was hard on myself, that I’d try harder in training. Without realising that I was basically just chiselling away at my confidence. I give myself a lot more love now when I review my games.

“When I started playing with Dublin I thought I knew it all, and I didn’t. It caught me a few times early in my career, in a few big games in Croke Park. So I just started working on it and over the last three years it’s come into fruition, all the work that I’ve done, the different things that I’ve tried.”

Only now he needs another mind game for 2017.

Dublin’s winter break, capped off with a holiday in Jamaica, has reset the ambition button, so what little trick does he try next?

“Good question! I haven’t really thought it through, or put it down on paper yet. Hopefully another successful year. We’ll see what happens. I still think there’s a bit more in me.

“But it’s definitely something I’ve learnt, how important it is to put things out there. I’ve always tried to take it one step further than I have the year before. That was the plan last year, and is certainly the plan again.”