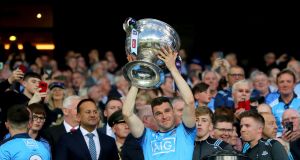 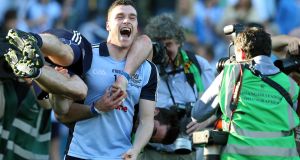 The question of another Dublin footballer following Paddy Andrews into their inter-county retirement in the near future is most likely not if but when.

For Andrews, 32, the decision to retire certainly wasn’t unexpected, the seven-time All-Ireland winner not featuring as part of the Dublin 26-man match-day panel for last month’s All-Ireland final win over Mayo, the first time he didn’t make the cut when part of the panel. After 12 seasons with the team (he was dropped in 2011), Andrews won his first All-Ireland in 2013, and featured prominently in various stages throughout their six-in-a-row between 2015 and 2020.

Michael Darragh Macauley and Kevin McManamon, both now 34, did make the 26-man match-day panel for the final, but didn’t see any game time, while Cian O’Sullivan, 32, didn’t make it, a series of minor injuries hampering his progress over the winter season.

Before that game, O’Sullivan was one of only three Dublin players to feature in all seven of their All-Ireland final wins from 2011 on - along with James McCarthy and Stephen Cluxton. MacAuley, the 2013 footballer of the year, McManamon and O’Sullivan are among the seven Dublin players to have won a record-equalling eighth All-Ireland, joining Kerry legends Páidí Ó Sé, Pat Spillane, Mikey Sheehy, Ger Power and Ogie Moran, although it’s unclear if they’ll be going for nine in 2021.

Macauley admitted he was doing some “thinking” when chatting with Jim Carroll as part of the First Fortnight Banter discussion on Tuesday evening, although he certainly wasn’t yet decided either way. Goalkeeper and 2019 footballer of the year Cluxton is the oldest member of the panel, turning 40 next December, although there is little to suggest he’s ready to call time on his career just yet.

“After 12 years it’s time for me to finish up with the Dublin football team,” said Andrews. “It’s been an amazing journey being part of such an incredible group of people over that period.

“To Pillar (Paul Caffrey), Pat (Gilroy), Jim (Gavin), Dessie (Farrell) and their coaches, I’d like to thank them for giving me the opportunity to represent the Dublin team and experience so many special moments. I’d also like to thank my club St Brigid’s for their support and all the coaches & members down in Russell Park. “

Andrews started the 2013, ‘15, ‘16 and ‘17 All-Ireland finals, a broken jaw sustained in a league match against Tyrone in March 2019 hampering his impact that season.