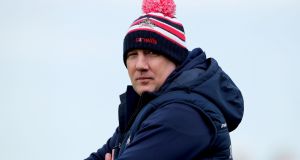 The existential concern of the Tier Two All-Ireland looms over Division Three, which is probably bad news for at least half the teams in it. In times past, you could find a sizeable gun failing to get out of Division Three through a general lack of interest. In 2020, that’s not a luxury they can afford.

This applies to Cork in particular. Drawn to meet Kerry in the Munster semi-final, there is an obvious danger that they won’t make the Munster final. What happens to them in that instance depends entirely on what they do over the coming weeks. Win promotion to Division Two for next year and they’ll stay in the hunt for Sam Maguire.

Fail to, and they’ll head for the Tier Two competition.

Cork have no business being in Division Three and will want to show it. Ciaran Sheehan is due a little leeway upon his return from the AFL but if he can get up to speed, he’ll be some weapon. An ankle injury kept Damien Gore out of last year’s championship but allowed him to star for the under-20s. Attacking potential abounds.

Say what you like about Rory Gallagher’s style of football, his teams tend to outstay most others in winter football. Derry are slowly clawing their way back up the divisions and when Gallagher has the Slaughtneil cohort back on board, they will be formidable. Likely to be scrapping for the other promotion spot with Down and Tipp.

The advanced notices about Liam Kerr have been promising and Conor Clarke was a beast at under-20 so there is young talent. Problem is, they’re without Caolan Mooney, Connaire Harrison and presumably a chunk of the Kilcoo players for the early games and they have Tipp, Derry and Cork first up. Probably need to beat two of them to stay in the promotion race.

There might be a little careful-what-you-wish-for in Leitrim’s future. Promotion from Division Four was a jailbreak of a thing but reality is likely to hit hard here. Hyland has jettisoned Emlyn Mulligan since last year and Cathal McCann and Michael McWeeney have moved on as well. Survival would be a greater achievement than anything they did last year.

Pre-season is pre-season but it’s fair to say Longford took genuine enjoyment from the O’Byrne Cup win. That said, it may prove to be the high point of the spring, considering the loss of a raft of players. Stalwarts like Barry McKeon, Robbie Smyth, Aidan McElligott and David McGiveney have walked away, leaving Davis with a thin squad.

Another panel that has been diluted since last they met, with the loss of Andy McDonnell, Jim McEneaney and Derek Maguire stripping them of significant experience and ability. Finished only a point short of promotion last year and will be boosted by the return of Ciarán Byrne after AFL and injury. Don’t rule them out of bucking expectations again.

Maughan looks to have steadied the ship and pointed it in the right direction. Unlike a lot of Division Three teams, the squad looks to have actually improved, with no major defections and Cian Johnson now a fully-fledged senior after all the unpleasantness a couple of seasons back. Should avoid the drop with a bit to spare.

You’d forgive Power for cursing his luck. He finally gets a go at the Tipperary job having done so much for the county’s underage talent and his first business is to wave goodbye to the likes of Michael Quinlivan, Liam Casey and Liam McGrath. That said, Conor Sweeney is still as good as there is in the division and promotion is a definite possibility.