Four other proposals get the green light; ticket price rises for league and championship announced 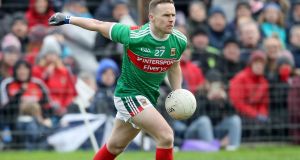 Trialling of the controversial restriction on hand-passing in football was discontinued by the GAA after a lengthy, hour-and-a-half debate at Central Council on Saturday at Croke Park.

Opinion was closely divided and virtually everyone present spoke. The proposal was defeated by 25-23. This means that the trial, initially intended to run through the national league, will come to an end with the FBD Connacht final between Galway and Roscommon in Tuam on Sunday.

1) Sideline balls must be kicked forward except when in or on the opposition 20-metre line.

2) An attacking mark may be taken outside the opposition 45 provided kicked in play from within the opposition 45 and travelling at least 20 metres. (Although not widely mentioned this also allows a defender to make a mark under a dropping ball.)

3) A black-card infraction to be punished by 10 minutes in a sin-bin rather than automatic substitution by a replacement.

There was a dispute over whether the decision to abort the hand-pass experiment would require a two-thirds majority, given that Central Council had comfortably approved the trial in its meeting last November and made provision for a review in January.

GAA president John Horan ruled that a simple majority would suffice, as the intended review had made approval of the trial a two-step process.

Sports performance analyst Rob Carroll, whose research had underpinned the proposals advanced by the Standing Committee on the Playing Rules, chaired by Derry academic David Hassan, also conducted a review of the trial by analysing 10 matches from the pre-season schedules.

Among his findings, presented to Central Council, was that there had been 20 additional possessions per match and no overall effect on goal scoring (despite an appreciable drop in Ulster’s McKenna Cup).

It was pointed out that by withdrawing the hand-pass rule now, some teams would not even have the chance to play in the trial, including Kerry and Tipperary, who sat out the McGrath Cup in Munster.

Despite indications of concern from referees, this was not raised as an issue during the debate.

In some ways the outcome is a surprise, given how firmly Central Council voted to trial all five proposals less than two months ago. In the recent matches, though, there has been a chorus of dissent from managers and the Gaelic Players Association indicated their opposition during the week. In the circumstances, the hand-pass restriction came very close to retention.

The four remaining experimental rules will continue during the league and if a review process approves, they will be brought to a special congress in the autumn. Proposals for a tiered football championship are also expected to go before that congress.

A number of ticket price increases were announced for the coming year. All-Ireland senior hurling and football finals will increase by €10 to €90 for stand tickets and by €5 for Hill 16 tickets to €45.

More immediately, headline prices for the national league will go up by 33 per cent from €15 to €20 but pre-purchases, previously available at €13, will be available for €15 as will concession tickets for students and senior citizens.

In Divisions Three and Four in football, and Divisions Two and Three in hurling, the admission prices will remain unchanged at €10 and €5. Juveniles, under-16, will be admitted free to Allianz Leagues games – except where matches are all-ticket, where the admission will be €5.

There will be a €5 increase for tickets to All-Ireland senior hurling and football semi-finals and will cost €50 for the stands and €35 for the terraces. There are no changes to the prices of All-Ireland quarter-finals tickets.

According to the GAA statement on the increases:

“This represents the first major review of Championship ticket prices since 2011. Additional revenue from these Championship ticket changes will be ring-fenced to fund an increase in grants to club facility redevelopments to a new high of €3m, fund additional grant aid to overseas units and the staging of the GAA World Games in July, and make increases in capital grants and funding to county boards.

“The GAA also reaffirmed its commitment to ensure that all revenue generated from the Allianz Leagues will be redistributed directly back out to every county. A national pool will ensure that counties in lower tiers with smaller crowds are accommodated via the national pool.”