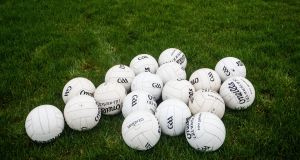 Clare advanced to a Munster minor football final meeting with Kerry on Tuesday next following a comprehensive 19-point win over Limerick at the LIT Gaelic Grounds on Wednesday.

Dermot Coughlan’s charges couldn’t have got off to a better start as they looked to secure their place in their third Munster final in the last four years, with Dylan O’Brien raising the green flag with a superbly struck goal after just 25 seconds.

At half-time, Clare led by 2-7 to 0-4, with the Banner’s second goal scored by Craig Riordan just before the opening half water break.

And just five minutes into the second half, man-of-the-match Cillian McGroary put the game beyond any doubt with a clinical finish into the top corner to make it 3-9 to 0-5.

The home side grabbed a mere consolation as Darragh Bridgeman’s penalty narrowed the deficit to 18 points before Kelleher drove forward from the half-back line to round off a dominating performance for Clare.