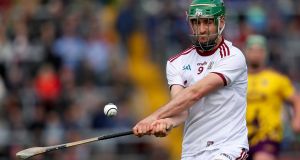 Galway have made two changes for Saturday’s All-Ireland hurling quarter-final against champions Tipperary in Limerick (1.15pm). All-Ireland winning captain David Burke is back starting at wing forward, having returned from injury off the bench in last week’s Leinster final and replaces Niall Burke.

In defence, the experienced Aidan Harte comes in for Seán Loftus who he replaced against Kilkenny. It is three years since the counties last met, in the All-Ireland semi-final, which Galway won by a single point, hit from under the Cusack Stand by Joe Canning.

The counties haven’t played a quarter-final in 10 years when Tipp went on to win the All-Ireland.

The champions have named an unchanged team and if Liam Sheedy is planning any tweaks to the champions, he’s keeping them to himself.

As is Clare manager Brian Lohan, who also names an unchanged team for the second quarter-final against Waterford (3.45pm), although David McInerney has served the suspension that kept him out of last week’s match against Wexford and is named on the bench.

Tony Kelly, Hurler of the Year in 2013, has scored 1-45 in three matches to date and is named at centrefield.

Opponents Waterford announce one enforced change with Shane Fives, who sustained a leg injury late in last week’s Munster final against Limerick, missing out as expected and is replaced by Ian Kenny, who came in for Fives in that match.

Meanwhile, Tipperary’s footballers are able to name Sydney Swans player Colin O’Riordan in the panel for Sunday’s Munster football final against Cork (1.30pm). Manager David Power announced last week that O’Riordan, home during the AFL closed season, had been given permission to play for the county.

He may get the opportunity to renew his under-21 centrefield partnership with Steven O’Brien, which helped Tipperary reach the All-Ireland final in 2015.