Darragh O’Connell and Cuala taking nothing for granted 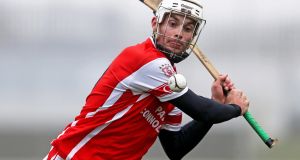 Daragh O’Connell: his dynamism around midfield and ability to pick off crucial scores has been important for Cuala. Photograph: Tommy Dickson/Inpho

If there was a straw that broke the camel’s back for Darragh O’Connell in his final years hurling for Kerry, it was the traffic in Adare.

Based in south Dublin and teaching in Greystones, the Abbeydorney man gave a couple of seasons of commuting for club and county activity but found it a gruelling experience.

Eventually, in early 2015, he threw in his lot with the Cuala and Dublin, a switch that coincided with the Dalkey club’s golden era which has left them just two games from back-to-back AIB All-Ireland titles.

The Dublin, Leinster and All-Ireland holders play Liam Mellows of Galway on Saturday and a small section of Kerry hurling fanatics will make the trip north to Thurles to see how their county man fares.

“On a Friday evening, you’d probably be in the car for four hours getting back down to Kerry,” said O’Connell of his years commuting. “Then you’re having to stop and get out to stretch the legs. And Adare! Those places. Nightmare!

“There were times coming up to games when you might have to travel midweek, or meet in Limerick if lads were training there.

“Other times you’d have to go to Tralee on the train. You’re just not getting 100 per cent out of yourself when you’re sitting in a car for four hours, driving from Dublin to Kerry.

“And I already knew the lads in Cuala so I formed friendships and bonds pretty quickly. Then you become settled in one place. There’s a real togetherness in the club.”

It’s only partly correct to say that O’Connell joined Cuala at just the right time, to capitalise on their success. In reality, his dynamism around midfield and ability to pick off crucial scores has been partly responsible for it.

They’ve reached a stage now where bookmakers make them almost unbackable favourites to beat the Galway champions this weekend.

That’s in response to their comfortable passage through the Leinster championship with big wins over the Kilkenny and Wexford champions before hammering Kilcormac-Killoughey in the final.

“Look, the Galway championship is so difficult to win,” contested O’Connell. “You see so many different teams coming out of there over the last few years. It’s so competitive.

“We know it’s going to be a huge challenge. We’re going to have to be at the top of our game on Saturday.”

Having Con O’Callaghan, an All-Star and All-Ireland-winning footballer – yet perhaps an even better hurler – in their ranks helps.

“He’s a phenomenal athlete first and foremost,” said O’Connell. “And he has super skill levels to go with it. He has made a huge impression on hurling and football over the last couple of seasons. But he’s that kind of guy that he takes it in his stride. He just looks to the next challenge.”

1 Rory McIlroy: Maybe I’m just not as good as I used to be
2 Gerry Thornley: Consistent trailblazers New Zealand once again ahead of the posse
3 Ken Early: PSG would be sensible final move for Ronaldo
4 A new breed of superstar - Collin Morikawa wins US PGA
5 Andy Sullivan on course for first tournament win since 2015
Real news has value SUBSCRIBE