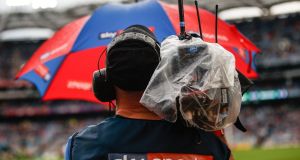 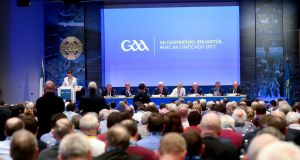 It hasn’t gone away you know. The debate over the GAA’s controversial subscription-based TV rights deal has resurfaced ahead of Congress later this month – only it’s unclear what, if any, form that debate might take at Congress itself.

Three counties approved motions on the issue, each effectively stemming from the GAA deal with Sky Sports, first agreed in 2014 – then extended for another five years last year, through to 2021.

The Clare county convention successfully tabled a motion opposing exclusive subscription-based TV deals, while Leitrim and Roscommon both called on the GAA not to renew their broadcasting deals with Sky and also their subscription-based package with Eir Sport, after they elapse in 2021.

On Wednesday Croke Park will publish the list of motions on the official clár, as approved by the GAA Rules Advisory Committee. Congress 2018 then takes place at Croke Park on the last weekend of this month, February 23rd-24th.

There is some doubt however over whether or not any of those motions will make the clár. Roscommon’s club delegates unanimously backed Boyle’s proposal that the GAA “does not renew nor enter contracts with television companies that require pay per view for coverage of our national games after the current contract expires”.

A similar motion put forward by Leitrim club St Mary’s, Kiltoghert was also backed at Leitrim’s annual convention: “The GAA will not allow continued exclusive TV coverage for any games to any subscription channel, after the current contract expires. In future all proposed GAA match TV coverage will be made available via free to air”.

The problem is those two motions essentially mirror a 2016 motion, tabled by the St Joseph’s Boys club in Dublin, “that all intercounty championship matches broadcast live be available free to air. This is aimed at preventing the GAA from any renewal of the exclusive subscription television deal with Sky Sports – or any other such broadcaster.”

That motion was firmly defeated, 15-85, and as it failed to receive one-third backing, a similar motion may not be permitted on the clár in the subsequent three years, unless management committee allows it in exceptional circumstances (as per rule 3.4 (h) of the GAA’s Official Guide).

Clare had previously had a motion calling for an end to subscription-based deals diverted to Central Council, who rejected it. The difference here is that the motion is looking to make all hurling and football championship matches available on a “non-subscription channel” – in other words not “exclusively” on Sky, although again this is at the discretion of the Rules Advisory Committee.

GAA director general Páraic Duffy has repeatedly warned against eliminating the option of subscription-based deals, making the point: “Other sports bodies are becoming increasingly sophisticated in their exploitation of their broadcast rights, so the work to maintain the GAA presence on television intensifies accordingly.”

In December 2016, the GAA announced a five-year extension of its TV rights, worth an estimated €55 million, whereby RTÉ and Sky Sports got to retain their current TV packages (although in radio, RTÉ got full commentary rights to all games after Newstalk lost out). That came into effect for last summer’s championship, RTÉ getting access to 31 senior championship games each year, Sky also retaining their rights to 20 games, 14 of them exclusive, including two All-Ireland football quarter-finals.

There is a provision to review the GAA’s current media rights deal in light of the new football and hurling championship structures adopted at Congress last year, although this is unlikely to add significantly to the number of live televised games.

With no revised competition structures on the clár, the remainder of Congress motions will largely be housekeeping; 2020 is also the next year when counties may bring motions to Congress looking to make changes to playing rules, although select amendments can still be made by the Playing Rules Committee.

Central Council are set to put forward three motions relating to closing loopholes that presented themselves during disciplinary cases in 2017. There is also likely to be some motion regarding player testimonials.

Another motion, coming from the GAA’s community and health department of the association, is calling on betting firms to be prohibited from engaging in any form of GAA sponsorship from 2019 onwards. Congress 2017 also passed a motion that prohibits a player, a team, a member of a team management or match official involved in a match from betting on the outcome of any aspect of that match.

The Club Players Association (CPA) have also tabled a number of motions, including on voting accountability. “We believe that it is in the interests of all the GAA membership that the Association is clearly transparent and accountable. Whatever motions come forward to Congress the membership need to be assured that they will receive a fair hearing and that any vote is clear and transparent,” said CPA chairman Micheál Briody.

Tipperary also passed a motion aiming to define a “melee” – following the fallout from the Davy Fitzgerald and Jason Forde incident during Tipperary’s league semi-final clash with Wexford.

Forde was first landed with a two-game ban for assaulting an opposition mentor following his on-field clash with Wexford manager Fitzgerald, but, after the charge was struck out on appeal, the lesser charge of “contributing to a melee” was handed to the Silvermines club man. Fitzgerald was handed an eight-week touchline ban for his part in the clash, but was permitted to be involved from the stands.

“We asked how many was involved in a melee and they said at least two,” said Tipperary GAA secretary Tim Floyd. “That suited them on that occasion. We want it defined.”

Congress may well have a hard time deciding on that. Since 2017 Congress, by the way, only a 60 per cent majority is required for motions to be deemed successful.