Will the post-pandemic world be ‘the same, just a bit worse’?

Coronavirus will cause irreversible change, but whether for good or bad is up for grabs 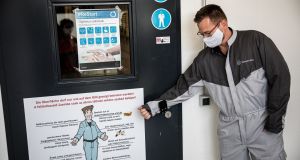 It’s safe to assume that the coronavirus pandemic will change the world. No event could wreak such human and economic devastation without leaving its imprint on the generation that lived through it; the death toll is already a multiple of most wars, after all, and the shock to the world economy has been greater than any in a century.

More difficult to predict is how things might change. On this, our views tend to reflect our way of seeing the world. To the committed internationalist, a crisis that cuts across national, ethnic and economic lines (even if some groups are more vulnerable to the fallout than others) makes the inarguable case for multilateralism, deeper co-operation and better collaboration. We live in a world where the greatest threats to individual states are not from other, hostile states, or even from conflict, the argument goes, but from enemies that pay no heed to national borders: financial instability, global warming, artificial intelligence and pandemics.

To the ardent nationalist, however, the crisis has demonstrated the opposite. Globalisation is to blame not only for the rapid spread of Covid-19 but for the ensuing disruption to supply chains, the shortages of testing kits and the inability of wealthy states to produce the personal protective equipment they need for their citizens.

Could the pandemic not just as likely usher in a global depression, festering enmities and resurgent nationalisms?

If the 2020 pandemic is to be a turning point, the obvious parallels are with the world wars of the 20th century. Antonio Guterres, the UN secretary general, reached for the comparison last month when he said the pandemic was the biggest test the world had faced since 1945. “There is a natural tendency in the face of crisis to take care of one’s own first,” he said. “But true leadership understands that there are times to think big and more generously. Such thinking was behind the Marshall Plan and the formation of the United Nations after World War II. This is also such a moment.”

But could the pandemic not just as likely usher in a world more reminiscent of that which arose from the war of 1914-18, when a global depression, festering enmities and resurgent nationalisms combined to set states on course for more violent confrontation?

Either way, social change seems guaranteed. In the same way that the first World War was a watershed for women as workers, and the second laid the ground for the modern welfare state, the Covid-19 crisis has already forced governments and companies into decisions that were unthinkable just six months ago. We see it on a small scale in Ireland, where a Fine Gael government is topping up workers’ wages, has banned evictions and nationalised private hospitals; where Dublin City Council is energetically pedestrianising the streets of the capital; and where the nature of office work has changed more in two months than in the previous 50 years. We see it on a larger scale, too, in the dramatic decline in urban pollution and greenhouse gas emissions, the unprecedented global collaboration to design a vaccine and the reassertion of the role of government as chief guarantor of the common good.

Will leaders such as Hungary’s Viktor Orban take another few steps on the road towards dictatorship?

Some of these changes are reversible, but not all of them. The key point is that nothing that happens next is preordained or inevitable; it will be fought for. Is the pandemic to be a hinge moment that reconciles us with technology as a force for good, or will the extensive surveillance powers that states are assuming over their citizens lead to a more oppressive relationship in the future? Will the relatively assured handling of the crisis by competent, technocratic leaders, from Germany to Canada, and the botched efforts of right-wing demagogues in the United States, Russia, Brazil and elsewhere succeed in arresting the authoritarian drift of the last few years? Or will leaders such as Hungary’s Viktor Orban make their sweeping emergency powers permanent and take another few steps on the road towards dictatorship?

Those binary scenarios frame it as a choice between the dream and the nightmare; between, on the one hand, a moment of genuine global reconstruction capable of rising to challenges such as climate change and global inequality, and, on the other, an era of economic stasis, national retrenchment and fired-up geopolitical rivalries. More likely, of course, is a resumption of old battles – in that scenario, as the French novelist Michel Houllebecq put it last week, we emerge into a world that is “the same, just a bit worse”. But it’s not the pandemic itself that will bring political change; that will be determined by how we look back on the events of 2020 in years to come. “The political outcome of the epidemic,” the historian Mike Davis has said, “will, like all political outcomes, be decided by struggle, by battles over interpretation, by pointing out what causes problems and what solves them. And we need to get that analysis out in the world any way we can.”