Is Bill a drinks sector bailout? 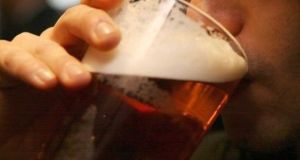 Sir, – Mark Paul (Caveat, November 17th) has done this State some service in exposing the profit to the alcohol trade of the Public Health (Alcohol) Bill. The Bill should be properly titled the Alcohol Sector Profits Enhancement Bill.

It increases the profits of the sector by €78.3 million per year, according to the research material circulated to parliamentarians by the Oireachtas Library and Research Service (Digest on Public Health (Alcohol) Bill, December 15th, 2015, page 32).

Should Irish society wish to curtail alcohol consumption the tax system is the appropriate instrument. The revenues would then accrue to the exchequer, where they can be used for socially desirable purposes rather than transferred to the alcohol sector.

Given that many members of the Oireachtas ignored their own research advice from the Oireachtas Library and Research Service, thus turning the Bill into a benefit for the alcohol sector, perhaps we might refer the legislation to IGEES (the Irish Government Economic Evaluation Service) and the Comptroller and Auditor General in view of the loss to the exchequer involved. The lobbying which secured the Bill undermines policymaking here by regulatory capture and rent-seeking.

Mark Paul notes that the bonanza for the alcohol sector is “likely to be delayed until the Stormont government is revived and brings it in up North”. Perhaps we might also delay the Bill until the “cash for ash” inquiry has reported? The inquiry team might then examine how this Bill ever made it to the floor of Leinster House. – Yours, etc,