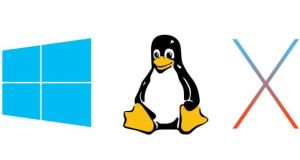 Sir, – It is encouraging to see a pro-Linux article in The Irish Times, with Derek Scally promoting the many advantages of the free and open-source operating system, without glossing over the difficulties a user may have when installing and using it for the first time on their personal computer (“‘Goodbye Apple, goodbye Microsoft – hello Linux”, Technology, November 18th).

Not only that, but by also braving the purchase of a second-hand Linux-friendly ThinkPad laptop, Mr Scally also promoted an excellent series of underrated hardware which remains largely unappreciated outside certain tech circles. A few months ago I purchased my own solid-state drive-running X220 Lenovo ThinkPad for €130, which was originally released in 2011, but runs like a dream with both dual-booted Windows and Linux Mint.

Not only laptops but older desktops as well can also benefit from running Linux. – Yours, etc,

3 Gwyneth Paltrow: ‘I’ve never been asked that question before. You’ve made me blush’