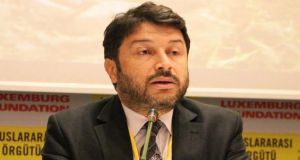 Sir, – Today the trial of 11 human rights defenders, including Taner Kiliç, and Idil Eser, the chair and director of Amnesty International Turkey, will resume in Istanbul. The 11 face outlandish “terrorism” charges in what can only be described as a politically motivated prosecution aimed at silencing critical voices within the country. If convicted they could face jail terms of up to 15 years. This sends a chilling message not just to people in Turkey but around the world. With many people unfairly imprisoned as part of the crackdown following the bloody coup attempt in Turkey – including journalists, lawyers and civil society leaders – some may ask why focus on these 11 people? The answer is simple: when human rights defenders are silenced all our rights are put at risk. They are the ones that stand up for us. Now we must stand up for them.

We are proud to add our voices to the global demand to end this gross injustice and to immediately and unconditionally release Taner Kiliç from jail. The Turkish authorities must know that the eyes of the world will be on Istanbul’s central court for this trial. We will not stay silent. Defending human rights is not a crime. – Yours, etc,