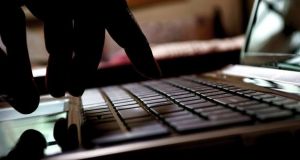 Sir, – While grooming and sexually abusing under-age children are serious offences, the emergence of vigilante groups whose purpose is to catch alleged paedophiles is alarming in its implications. The basic principle of Irish law is that a person is presumed innocent until proven guilty by the courts.

The notion that a group of individuals should be free to set traps and pounce upon people in the street whom they suspect of being paedophiles is a very dangerous development.

Publishing videos of these encounters, which often include accusations and threats, invites a wide public to find the individual guilty without benefit of judge or jury.

Not only does this activity destroy the lives of people accosted in this way – some of whom may be innocent before the law – but the genuinely guilty may claim that they will not receive a fair trial, as there is already widespread presumption of guilt.

In the long term, the activities of vigilante groups will merely drive paedophiles further underground and make the task of official law enforcement that much more difficult. – Yours, etc,