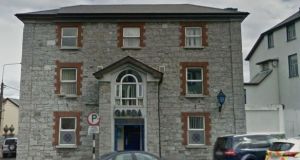 Sir, – Further to “Gardaí refuse to work in Sligo station on health and safety grounds” (News, November 20th), that our front-line responders in An Garda Síochána are still working in awful conditions is deplorable. Sligo Garda station is not only the divisional and district headquarters but also the regional commander’s HQ, albeit he uses a separate entrance to a newer part of the building.

In 2007, when the European Committee for the Prevention of Torture and Inhuman or Degrading Treatment or Punishment inspected 10 Garda stations, it highlighted the inadequacies and conditions of several of these stations and their use as detention centres. In 2010 gardaí in Macroom, Co Cork, walked out due to overcrowding and unsanitary conditions. In an inspection of the Bailieboro, Co Cavan, station by a retired judge in 2016, he found that there were inadequate facilities, no hot water for showers, broken heating, inadequate kitchen facilities, sewage problems and foul smells.

Lip-service from the Department of Justice, the Office of Public Works and a “head in the sand” attitude by some in senior management have led to this and other walkouts.

While Seanad Éireann and other State buildings get major overhauls, front-line responders are treated as second-class citizens.

The Health and Safety Authority and the fire services should be called in to inspect all Garda premises and, like any other premises found to be in breach of regulations, they should be shut down or have immediate improvements carried out. – Yours, etc,