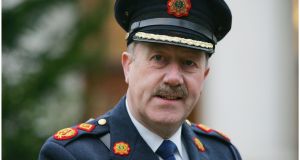 Former Garda commissioner Martin Callinan. “We are drawn by Charleton into a world where we cannot trust appearances. We could not trust the person, Martin Callinan, who had the job of keeping us safe.” Photograph: Bryan O’Brien

For anyone brought up with the Catholic Catechism, the Charleton report brings a blast from the past. A single word, repeated more than 50 times: calumny. It is not a crime. It is a sin, and a mortal sin at that. As the Catechism puts it, “If a lie in itself only constitutes a venial sin, it becomes mortal when it does grave injury to the virtues of justice and charity.” In his remarkable report, Peter Charleton shows all the skills and wisdom of an experienced judge, but he is fundamentally concerned with a sin against Maurice McCabe that grew to be a grave injury, not only to our system of justice, but to human charity.

At one point in the report, Charleton explicitly invokes the rituals of the Catholic Church: “According to a sermon, a penitent once went to a priest for Confession. The sin was gossip. The priest suggested a penance: that the person go to the top of the church tower and tear apart a feather pillow, releasing its contents to the wind. The penitent was to return to Confession the following week. Smugly, the fulfilment of the penance was then announced. The priest said: that’s not all – now go and pick up each feather.”

1 Older men’s fixation with younger women really boils my kidneys
2 Severe fire warning for Australia after hottest November night on record
3 Late Late Toy Show duet with musical hero ‘absolutely mad’ says delighted teen
4 Vaccine rollout could begin early in New Year, says Donnelly
5 ‘Covid has made my relationship boring and I want to end it’
6 400 – yes, 400! – Irish retailers for all your online Christmas shopping
7 Wet pub openings fuelled big rise in Irish Covid infection rates
8 Nasa says it ‘can’t wait’ for Adam from the Toy Show to join its team
9 Jim McGuinness: There is a way to save championship and make it competitive
10 That mysterious monolith found in US desert? It’s gone, officials say
11 The walk out of the vet’s with an empty collar and limp lead was wretched
12 Ireland’s teenage pariahs: ‘We are really at breaking point now’
13 Life under Level 3: What stays open and where can I travel?
14 Will Europe shut down its ski resorts this winter?
15 'It just doesn’t feel safe': The restaurants that will not reopen in 2020
16 Coronavirus: 243 more cases, seven further deaths reported in the State
17 Marie Cassidy: ‘People think they know me because I’ve a bit part on a TV show called the news’
18 Fintan O’Toole: To counter vaccine sceptics, we must understand them
19 Once in a blue moon: Cavan’s overnight success 15 years in the making
20 Ireland in precarious position as third Covid-19 wave could be more deadly, Nphet warns
21 Resilience: ‘Does anyone know what this word actually means?’
22 Waterford’s frenzied waves of attacks too much for Kilkenny
23 Late Late Toy Show: Music, tears, Tubridy’s F-bomb and €5m for charity. What a night!
24 Autumn Nations Cup - Ireland v Georgia: TV details, kick-off time, team news and more
25 Waterford turn Kilkenny upside down and inside out
26 Sordid murder of hurling brothers still resonates in south Galway
27 Penneys reopens and plans for 39 consecutive hours next week
28 Basic income for all: Has the Covid crisis given us a new economic model?
29 Best books for Christmas 2020: Fiction, biography, sport and kids’ books
30 Hotels, retail, hairdressers, churches, gyms to open next Tuesday
31 Greek potatoes: Incredible served with lamb chops and tzatziki
32 Ireland’s clash against Georgia will be an important audition
33 Covid’s silver lining: How Ireland has fallen headlong in love with its pets
34 Lucky pup: How to dress up your dog this Christmas
35 Darth Vader actor Dave Prowse dies aged 85
36 Man arrested over murder of Seema Banu and her two children
37 My pet and me: ‘They just make everything better’
38 TV guide: 22 of the best shows to watch this week
39 Shot, bayoneted and clubbed: the ruthless lengths the IRA went to at Kilmichael
40 Economies may enjoy ‘roaring twenties’ if ministers learn lessons
Real news has value SUBSCRIBE