Disclosures Tribunal: The allegations and the findings 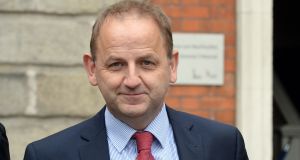 The Disclosures Tribunal’s 16 terms of reference contain nine broad accusations of misconduct or areas of concern. These are detailed here, along with a brief overview of what tribunal chairman Mr Justice Peter Charleton found in relation to each.

[1] Did the head of the Garda Press Office, Supt Dave Taylor, brief the media against whistleblower Sgt Maurice McCabe and was this done under instruction from then Garda commissioner Martin Callinan?

The tribunal found there was a “campaign of calumny” against Maurice McCabe by Mr Callinan and in which he was actively aided by Supt Taylor.

It found Supt Taylor was directed to actively brief the media about the false allegations of sexual abuse against Sgt McCabe.

“The tribunal is convinced that [Supt Taylor] pursued a scheme that somehow evolved out of his cheek-by-jowl working relationship with commissioner Callinan,” Mr Justice Charleton wrote.“Their plan was that there was to be much nodding and winking and references to a historic claim of sexual abuse.”

However, the tribunal found there “is no credible evidence that [former commissioner] Nóirín O’Sullivan played any hand act or part in any campaign conducted by” Mr Callinan and Supt Taylor.

The tribunal concluded Supt Taylor’s evidence that he was acting under orders was not correct. It said the scheme evolved out of his close working relationship with the commissioner.

[2] How did a file in Tusla on Sgt McCabe come to contain a false allegation of sexual abuse and was this allegation knowingly used by senior gardaí to smear him?

The tribunal found a file containing false allegations of sexual abuse against Sgt McCabe was created by Tusla, the Child and Family Agency, in error. It found it was a serious error resulting from a series of mistakes and oversights but was not a conspiracy against Sgt McCabe.

This file was sent to the assistant garda commissioner for the northern region, who then sent it to Garda Headquarters.

Although the mistake on the file was later corrected, this correction was never passed on to Garda Headquarters. The false report against Sgt McCabe had an afterlife in the Garda because of the “astounding inefficiency” of Tusla to notice and correct the mistake at an early stage.

[3] Did commissioner Callinan’s successor Nóirín O’Sullivan use this false accusation or other unjustified grounds to discredit Sgt McCabe at the O’Higgins commission into policing issues in the Cavan/Monaghan District?

The tribunal found Ms O’Sullivan did not instruct her barrister Colin Smyth to rely on false allegations of sexual abuse or any other unjustified grounds to discredit Sgt McCabe.

“Commissioner O’Sullivan never gave such an instruction. She would not have been at all interested in engaging in any such nasty and discreditable conduct. That does not fit with her character.”

It ruled her approach was to find out if there was evidence to back up Sgt McCabe’s allegations of corruption.

“That is a normal process in respect of any trial where any person alleges improper conduct against another. Where an allegation of a serious kind is made without evidence, it is also completely proper to ask the person making it as to why it had been made without evidence in the first place.”

The tribunal found nothing to support this allegation.

[5] Was commissioner O’Sullivan behind a series of broadcasts on RTÉ based on leaked portions of the O’Higgins commission which stated Sgt McCabe told an untruth at the commission?

The tribunal considered a series of broadcasts by RTÉ crime correspondent Paul Reynolds concerning leaked parts of the O’Higgins commission report. Sgt McCabe alleged this leaking and the reports were co-ordinated from Garda Headquarters.

Mr Justice Charleton rejected this. He accepted the evidence of Mr Reynolds that the first Garda HQ knew about the broadcasts was when it heard them on air. The tribunal found Mr Reynolds “gave honest evidence to the tribunal and he was entitled to his view on the O’Higgins commission upon his examination of a leaked copy of the report”.

[6] Did commissioner Callinan meet TD John McGuinness in a hotel car park in January 2014, as the penalty points scandal was becoming public, to brief him against Sgt McCabe?

“As far as commissioner Callinan’s state of emotion left him, it was only by a frontal attack that he might head off what he saw as the undermining of standards of duty and loyalty to which he had devoted his career.”

[7] What knowledge did then deputy commissioner O’Sullivan have about this meeting?

In her evidence to the tribunal, Nóirín O’Sullivan denied any knowledge of the meeting and said her first awareness of it was when Mr McGuinness spoke about it in the Dáil on May 26th, 2016.

The tribunal found no evidence to contradict her assertion. Phone contacts between her and Mr Callinan did not show she was told about the meeting as the two would have been contacting each other about many issues.

[8] Was there a pattern involving the creation, distribution and use by Tusla of files containing allegations of criminal misconduct against Sgt McCabe and their use by senior gardaí in making allegations against him?

The tribunal found an accusation of sexual abuse found its way into a Tusla file on Sgt McCabe through a mistake and a coincidence.

“This must be one of the most unlikely coincidences ever to be accepted by any judicial tribunal. Yet, coincidence it was.”

It found that senior gardaí in the northern region were informed about the false allegation as was Garda Headquarters. *

[9] Were other Garda whistleblowers the subject of attempts to discredit them by senior gardaí?

This matter is to be dealt with by the next stage of the Disclosures Tribunal which will be chaired by Mr Justice Sean Ryan. It is expected to begin in 2019.