The Irish Times view on the new Garda commissioner: An outsider takes the helm 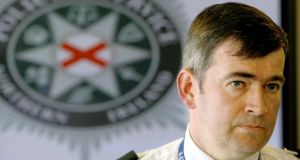 Drew Harris faces a daunting challenge when he takes up the role of Garda commissioner in September. Photograph: Colm O’Reilly

If ever there was a time to shake up An Garda Síochána by appointing an outsider to lead the force, this was it. As a signal to the 13,000 gardaí across the State but also to the wider community that it is serious about overhauling the embattled service, the Government has taken an important first step with the selection of Drew Harris as the next commissioner.

The current deputy commissioner of the Police Service of Northern Ireland (PSNI) faces a daunting challenge when he takes up the role in September. Public trust in the Garda has been damaged by the controversies that have cost two commissioners their jobs and turned policing into a toxic political issue. Intense scrutiny has shone a deeply unflattering light on the force, revealing it to be closed, disjointed, inefficient and resistant to change. Not surprisingly, morale is on the floor.

Harris will be an outsider in an organisation of insiders. It has become clear through the treatment of senior civilian officials in the force that gardaí still operate in a world of “them and us”. Harris may have impeccable credentials, but many will greet his appointment with suspicion. Knowing that, the Government, the political parties and the Policing Authority must make clear that Harris has their full support. He should also be given the flexibility – and the resources – to assemble his own team at Garda headquarters. For his part, Harris must perform a careful balancing act, taking the time to listen and learn without losing sight of the reformist agenda that the organisation so badly requires. It would help too if the Government got around to appointing a new secretary general at the Department of Justice, a post that has been vacant since Noel Waters stepped down last September.

Ideally, the Commission on the Future of Policing would have reported before the appointment of a new commissioner. The Government’s eagerness to have a new commissioner in place as soon as possible means the commission will be reporting just as Harris takes over. In other words, Harris is being appointed to run an organisation whose shape, structure and remit are still to be decided. That further complicates his task.

Having begun his career in the Royal Ulster Constabulary and reached the highest levels of its successor organisation, the PSNI, Harris has seen at first hand that it is possible to reinvent a police force in a relatively short time. The PSNI is far from perfect, but in more trying circumstances than those facing the Garda today, it has become a modern and self-confident service that can command broad public trust.

The problems in An Garda Síochána run deep. A culture that has developed over generations cannot be changed simply by installing new management. But if Harris stabilises the organisation and sets it on the right course to genuine reform, he will have done the State a service.

1 Netflix: The best 101 films to watch right now
2 Chris Hadfield on the climate crisis: ‘The world has seen much, much worse’
3 Search for missing remains of Mulready-Woods (17) continues
4 Liverpool have a shot at genuine legacy season
5 Terry Gilliam: ‘Adam Driver is either an idiot or the last pure-hearted person out there’
Real news has value SUBSCRIBE