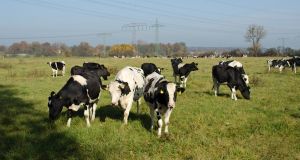 Ireland can be proud of its leading role, managed by our then ambassador, David Donoghue, in persuading the United Nations to adopt an ambitious programme of 17 Sustainable Development Goals (SDGs) in 2015. The programme challenges UN members to meet very specific targets to “end poverty, protect the planet, and ensure prosperity for all” over the next 15 years. A key aspect of the SDGs is that they are interlinked; economic policies, for example, must not cause negative environmental or social impacts that will cost future generations dearly.

Ireland has rather less reason, however, to congratulate itself on progress towards achieving these targets. Minister for Communications, Climate Action and Environment Denis Naughten presented the first review of our SDG implementation to the UN in New York on Tuesday. The Government has embraced the principles behind the goals and, in his foreword, the Minister said the review highlighted “the potential to further break down policy silos between departments and to develop more effective, interlinked, policies”. In practice, some departmental silos remain almost hermetically sealed. Official agricultural policy, for example, involves rapidly increasing greenhouse gas emissions while Naughten’s department aims to reduce them to mitigate climate change.

A critique compiled by Coalition 2030, which comprises more than 100 civil society groups advocating full SDG implementation, revealed other significant gaps between fine words and good intentions, and the grim reality on the ground in terms of housing, poverty, habitat quality and other fields. In fairness, many of these problems are at least acknowledged within the official review, sometimes with refreshing frankness.

The debate around national SDG reviews, here and elsewhere (though not everywhere), demonstrates that the programme itself has already stimulated a new form of government accountability and citizen engagement. That is a good start but much remains to be done and – as ever – it needs to be done much faster.