‘Rebuilding Ireland’, the detailed plan launched with a fanfare two years ago, has proved an abject disappointment 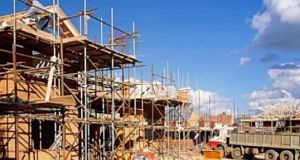 The detailed plan to deal with the housing crisis, “Rebuilding Ireland”, proved long on ambition but came up short on achievement. File photograph: Getty Images

The Government’s inability to tackle the housing crisis is a damning indictment of its competence and raises questions about whether it has the necessary political will to face up to the biggest problem now facing the State. Taoiseach Leo Varadkar and Minister for Housing Eoghan Murphy must take responsibility for the fact that “Rebuilding Ireland”, the detailed plan to deal with the problem launched with a fanfare two years ago, has proved to be such an abject failure.

These statistics illustrate the failure to come up with a workable strategy. More to the point they reveal an apparent lack of urgency on the part of the Government, its officials and various State agencies responsible for dealing with the crisis.

As well as being the State’s greatest social challenge, the housing crisis is also a massive risk to the economy. The Government’s own National Risk Assessment, prepared for the Department of the Taoiseach, warned that the crisis was likely to last for the foreseeable future and said “housing supply is essential for societal well-being and economic growth”. It added that the lack of affordable accommodation was causing significant social and financial costs.

The Minister for Housing briefed his Cabinet colleagues at their special meeting in Derrynane House in Co Kerry on Wednesday about a new agency called the National Regeneration and Development Agency which will seek to release State-owned lands, particularly brownfield sites, for housing development.

Some Ministers are reported to have expressed scepticism about how the new agency would work and they are correct to do so. Murphy’s record to date provides few grounds for confidence that this agency will crack the problem.To be fair to him, there is no easy solution to the crisis which is the final and probably worst hangover from the profligate policies pursued by successive Fianna Fáil governments. However, given the scale of the problem, more decisive action is required.

In that context, the Government’s reliance on the private sector to provide the required number of housing units has clearly failed and a plan for serious State investment in social housing is essential.