The Irish Times view on response to global warming: Progress at last 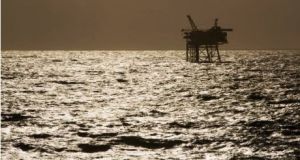 A new Oireachtas committee on climate change is to be established. File photograph: Getty Images

Actions to address climate change are rarely of sufficient significance to offer realistic hope that Ireland can redeem an appalling record in meeting our obligations to tackle global warming. The figures don’t lie; we continue to be out of step with most of Europe as Irish carbon emissions are locked into a rising trajectory. But three buses have come along at once which give some cause for optimism.

A new Oireachtas committee on climate change is to be established with the necessary mandate and short time-frame of four months to inject greater urgency into our approach. It will play a central role in drafting a new national energy and climate plan which the Government must submit to the EU by the end of the year. This is required to set out how Ireland will achieve emission reductions and increased use of renewable energy up to 2030.

The committee will also determine how the radical and well-founded recommendations of the Citizens’ Assembly on climate change should be implemented.

Agreement on its agenda last week coincided with a call by Minister for Climate Action Denis Naughten for ideas for the €500 million Climate Action Fund, one of the most innovative elements in Project Ireland 2040. Its objective is to improve energy efficiency and to reduce overall emissions. It will support projects ranging from wave energy, to electrifying transport, to heating homes and businesses using farm and food waste.

In addition, the Fossil Fuel Divestment Bill cleared its final Dáil hurdle last Thursday which means Ireland will see Ireland becoming the first country to divest public money from fossil fuel assets. The tone of the final debate reflected a greater understanding of the immense scale of the climate tasks ahead and of the need to push on or face pay huge environmental and economic consequences.

As Fianna Fáil TD Timmy Dooley noted, it is a modest Bill but it marks “a seismic shift” to cross-party support on climate action – all told, a constructive week for Irish climate policy.