Boris Johnson’s majority is more fragile than it seems

Finn McRedmond: Tories must now appease both their traditional base and converts from Labour 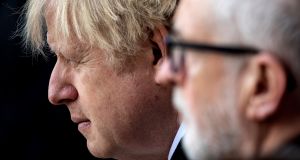 For the Tories, Christmas has come precisely 12 days early. The party has smashed through the so-called Red Wall of Labour seats across the midlands and the north of England – due to a surge in working-class support, wide electoral aversion to Jeremy Corbyn and a clarity of message all its rivals lacked. But the foundations of this 80-seat majority – the largest Tory majority since the height of Thatcherism in the 1980s – are more fragile than they seem.

For the moment, the Tories are triumphant. A majority this large gives Boris Johnson considerable breathing space. He is no longer beholden to the hardline Eurosceptics in his party – who angled for a no-deal Brexit at every turn. He’s expelled the Tory Brexit rebels too – so there is no concern of Dominic Grieve or David Gauke snapping at his heels as he pushes through waves of Brexit legislation. And having won such a convincing landslide, Johnson is no longer under the thumb of the tricksy DUP either.