By not making basic information available, local authorities are feeding the suspicion that they are deliberately trying to keep people in the dark 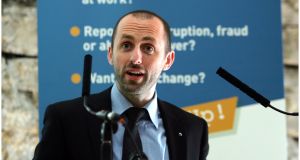 It is a cause for concern that only one-third of local authorities publish the declaration of interests and the donation statements made by their elected representatives on their websites. Almost three-quarters of councils fail to publish comprehensive expenses data online while none publish the diaries of their chief executives.

These glaring omissions have been revealed in the 2019 National Integrity Index published by Transparency International Ireland, which analysed the performance of 31 councils. The findings are based on a detailed assessment of local authorities, taking in Freedom of Information requests, information available on websites and direct feedback from council staff.

There is no excuse for these failures. Publishing the material online is an effective and simple way of keeping the public informed, and there has to be a suspicion that councils are deliberately trying to keep people in the dark.

Each local authority was marked out of a possible total of 30 “indicator” points covering a range of areas including the planning system, ethics, donations and expenses. Kerry and Westmeath scored the lowest overall, with 12 points each, or a rating of 40 per cent. The best performers were Fingal and South Dublin, both with 22 points, which amounted to a 73 per cent rating.

One positive is that almost three-quarters of councils increased their scores from the first report in 2018, with Galway, Kilkenny and Wexford making notable improvements. South Dublin, Kildare and Cavan each scored 100 per cent in the area of accountability.

The report found that that while improvements have been made, incentives and opportunities for abuse remain.

In the past some of the worst examples of political corruption emerged from local authorities. While a lot has improved as a result of the Planning Tribunal, there is no room for complacency.

With combined spending of almost €5 billion last year, the highest level of transparency, accountability and ethics in local authorities is essential.