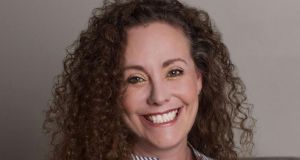 Judge Brett Kavanaugh was accused Wednesday by another woman of having engaged in sexual misconduct at parties while he was a student at Georgetown Preparatory School in the 1980s.

The allegation came from Julie Swetnick (55), who like Mr Kavanaugh, (53), grew up in the Washington suburbs.

In a statement posted on Twitter by her lawyer, Ms Swetnick said she observed the future US supreme court nominee at parties where women were verbally abused, inappropriately touched and “gang raped”.

She said she witnessed Mr Kavanaugh participating in some of the misconduct, including lining up outside a bedroom where “numerous boys” were “waiting for their ‘turn’ with a girl inside the room.” Ms Swetnick said she was raped at one of the parties and she believed she had been drugged.

None of Ms Swetnick’s claims could be independently corroborated by the New York Times, and her lawyer, Michael Avenatti, declined to make her available for an interview.

The White House did not immediately respond to a request for comment. US president Donald Trump said on Twitter that Mr Avenatti was a “third rate lawyer who is good at making false accusations” and suggested he “is just looking for attention.”

Mr Kavanaugh has repeatedly denied allegations that he behaved inappropriately towards women. On Monday, the judge, with his wife at his side, denied on Fox News that he had ever assaulted anyone, saying he had always “treated women with dignity and respect.”

Asked if he had participated in or was aware of any gang rape at a party he attended, he said, “That’s totally false and outrageous. I’ve never done any such thing, known about any such thing.”

Below is my correspondence to Mr. Davis of moments ago, together with a sworn declaration from my client. We demand an immediate FBI investigation into the allegations. Under no circumstances should Brett Kavanaugh be confirmed absent a full and complete investigation. pic.twitter.com/QHbHBbbfbE

.@realDonaldTrump @ChuckGrassley @LindseyGrahamSC - Are you three privileged, white men calling my client Julie a liar? How dare you attack a sexual assault victim. She has risked her life to do the right thing. You should be ashamed of yourselves. Your actions are disgraceful.

Mr Avenatti, who rose to fame after his representation of Stephanie Clifford, the adult film actress who is known as Stormy Daniels and has taken on Mr Trump, had been using his Twitter account for days to promote what he said would be explosive allegations against Mr Kavanaugh.

And immediately after Mr Avenatti shared what he called a sworn affidavit from Ms Swetnick, it drew immediate, blanket coverage across social media and cable news as another revelation to rock the confirmation process.

In a brief interview, Mr Avenatti said that he had corroborating witnesses who could back up Ms Swetnick’s accounts, but was not ready to present them as he waited to see if the Senate Judiciary Committee would begin a full investigation into her claims as he demanded, along with an FBI inquiry.

Mr Avenatti also said he was waiting to hear back from the committee before making Ms Swetnick available for interviews. In recent days, Mr Kavanaugh, as well as Mr Trump, who nominated him in July, have been pushing back against the allegations relating to Kavanaugh’s treatment of women.

Mr Trump called the claims a “con game” by Democrats who are “trying to delay and obstruct his confirmation.”

Ms Swetnick’s allegations come days after Deborah Ramirez, a Yale classmate, told The New Yorker that Mr Kavanaugh exposed himself to her during a party while they were students at Yale University.

It also comes as Mr Kavanaugh is on the verge of testifying before the Senate Judiciary Committee about an allegation made this month by Christine Blasey Ford, who has accused Kavanaugh of sexually assaulting her in high school. Ms Blasey Ford is also expected to testify.

Ms Swetnick’s claims included Mark Judge, a classmate of Mr Kavanaugh. Judge, who has written about his alcohol-fuelled years at Georgetown Prep, had denied the claim made by Ms Blasey that he was in the room during an attempted assault by Mr Kavanaugh when they were teenagers. Barbara Van Gelder, a lawyer for Mr Judge, said Wednesday that he denied the allegations in Swetnick’s statement.

Ms Swetnick grew up in Montgomery County, Maryland, graduating from Gaithersburg High School in 1980 before attending college at the University of Maryland, according to a résumé for her posted online. Mr Kavanaugh graduated from Georgetown Prep in 1983.

In her statement, Ms Swetnick wrote that she met Mr Kavanaugh and Mr Judge in 1980 or 1981 when she was introduced to them at a house party in the Washington area. She saw them to be “extremely close friends” who were “consistently” together at social gatherings.

She said she attended at least 10 house parties in the Washington area from 1981 to 1983, where the two were present. She said the parties were common, taking place almost every weekend during the school year.

She said she observed Mr Kavanaugh drinking “excessively” at many of the parties and engaging in “abusive and physically aggressive behaviour toward girls, including pressing girls against him without their consent, “grinding’ against girls, and attempting to remove or shift girls’ clothing to expose private body parts.”

“I also witnessed Brett Kavanaugh behave as a ‘mean drunk’ on many occasions at these parties,” she wrote. She said that Mr Kavanaugh, Mr Judge and others would try to spike the punch at parties in an effort to intoxicate women, who would be targeted and taken advantage of.

In 1982, she said, she “became the victim of one of these ‘gang’ or ‘train’ rapes where Mark Judge and Brett Kavanaugh were present.” She said she told at least two people about the episode shortly afterward. – New York Times