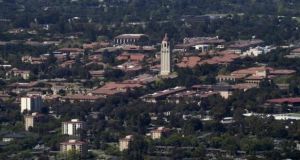 A woman who was sexually assaulted in 2015 on the campus of Stanford University in the US by a college swimmer and read a powerful statement at his sentencing has revealed her identity.

Chanel Miller, who was known in legal proceedings as Emily Doe, gave interviews to the New York Times and 60 Minutes that appeared on Wednesday.

Ms Miller revealed her identity ahead of the September 24th publishing of her memoir, Know My Name.

Many people were enraged when her attacker Brock Turner was sentenced to only six months in jail in 2016 after his conviction for felony sexual assault.

Judge Aaron Persky imposed the sentence. He was subsequently recalled by voters.

He was the first judge recalled in California since 1932. – AP